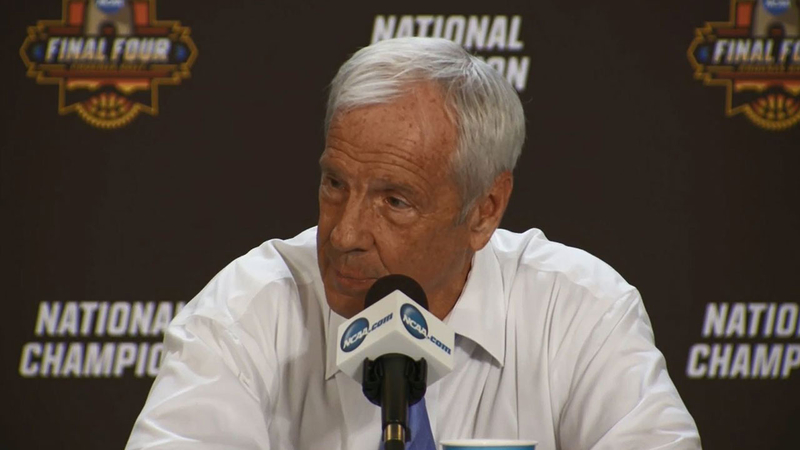 UNC's Coach Williams on being invited to White House

GLENDALE, Arizona -- Roy Williams, who has been critical of President Donald Trump in the past, said he isn't sure if he'll take his team to the White House following its national title victory on Monday.

"You know, the office of the presidency of the United States is the most fantastic place you can be, but let me think on it," Williams said after he was asked about visiting the White House following his third national championship. "Again, I don't know that we're going to get invited. I really don't. But I know one thing: We're putting up a nice banner in the Smith Center that's hard to get."

Trump might not be quick to extend an invitation. During the ACC tournament last month in Brooklyn, New York, Williams criticized Trump's social media habits.

"Now everybody has got social media, and we don't need The New York Times to find out what in the dickens is going on in the country," Williams said. "You know, our president tweets out more bulls--- than anybody I've ever seen."