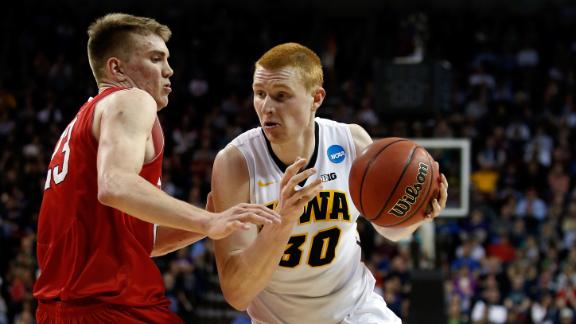 Favorites closed out the round of 64 in the NCAA tournament on a run, but Thursday's slew of upset-minded underdogs still had Las Vegas sportsbooks smiling heading into the weekend.

The favored team in Las Vegas won 25 of the last 26 games in the round of 64, including 15 of 16 on Friday. The run began Thursday with favored Xavier's win overOle Missand kept going until underdog Daytongrinded past Providencein Friday's nightcap.

Thursday was huge. One sportsbook said Thursday was its biggest single-day win in memory.

"Epic day, absolutely," Jay Rood, vice president of MGM race and sports, said of Thursday. "Tough day for the players coupled with the fact the books did well Wednesday, too."

Including the First Four games Tuesday and Wednesday, underdogs covered the spread in the first 10 games of the tournament. Favorites went 4-12 against the spread Thursday. No. 14 seeds Georgia State and UABpulled off upsets as double-digit underdogs, damaging brackets and destroying money-line parlays everywhere.

"We didn't sweep the board [Thursday] but we were pretty close," Jason Simbal of CG Technology's sportsbook said.

The betting public isn't at its most sophisticated in March, when spring break collides with the NCAA tournament in Las Vegas. The public normally fancies the favorites and parlays at long odds. When underdogs go on runs, like they did Thursday, the books win big.

Even No. 16 seed Hampton, the largest NCAA tournament underdog in 16 years, had believers in Las Vegas. William Hill accepted 260 money-line bets on Hampton upsetting No. 1 Kentuckyat 150-1 odds. That money will be staying in Vegas.

Kentucky cruised to a 79-56 victory but did not cover the 35-point spread. The line was the largest in an NCAA tournament game since Duke was a 47-point favorite over Florida A&M in the first round of the 1999 tournament.

Duke Rolls Past Robert Morris
Eamonn Brennan discusses No. 1 seed Duke's dominant win against No. 16 seed Robert Morris in the Round of 64.

Xavier Dispatches Ole Miss
Eamonn Brennan discusses Xavier's efficiency and Ole Miss' shooting struggles as the Musketeers beat the Rebels in the Round of 64.