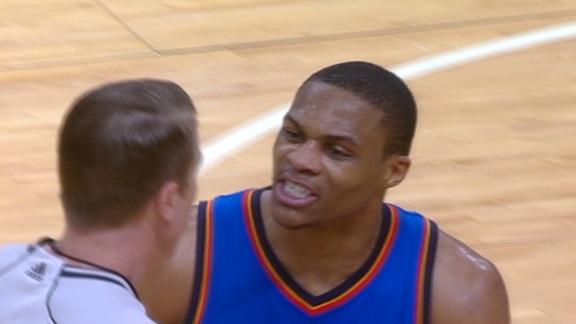 INDIANAPOLIS -- On a night he scored a career-high 54 points, Oklahoma City Thunder star Russell Westbrook also picked up his 16th technical foul, which will enforce an automatic one-game suspension.


If the league does not rescind the technical foul, Westbrook will sit Monday's game against the Portland Trail Blazers.


"I'm pretty confident that one will be rescinded," Thunder coach Scott Brooks said after the game. "That's not my decision, but I feel confident about it."


All technical fouls are automatically reviewed by the league office.

"That's not my decision," Westbrook said of it potentially being rescinded. "The league will take care of that."


Westbrook was handed the technical by referee Ed Malloy after being called for a foul trying to fight through a screen in the fourth quarter of the Thunder's 116-104 loss to the Indiana Pacers. Westbrook had a technical rescinded against the Phoenix Suns on March 29 that would have been his 15th.


"I don't really give a damn what nobody thinks, to tell you the truth, man," Westbrook said of the 43 shots. "I really don't care. Every night I go out and compete harder than anybody else in this league, and I'm proud of coming out and my teammates don't have problem with it. I'm good with that."


Oklahoma City will need all the help it can get as the team battles the New Orleans Pelicans for the eighth spot in the playoffs with just two games left to play. Both teams are 43-37, with the Pelicans holding the tiebreaker. If Westbrook is unable to play against the Blazers, it will be a significant blow to the Thunder's playoff hopes.


Asked whether he's confident his teammates can pull it out if the technical is upheld, Westbrook didn't hesitate. 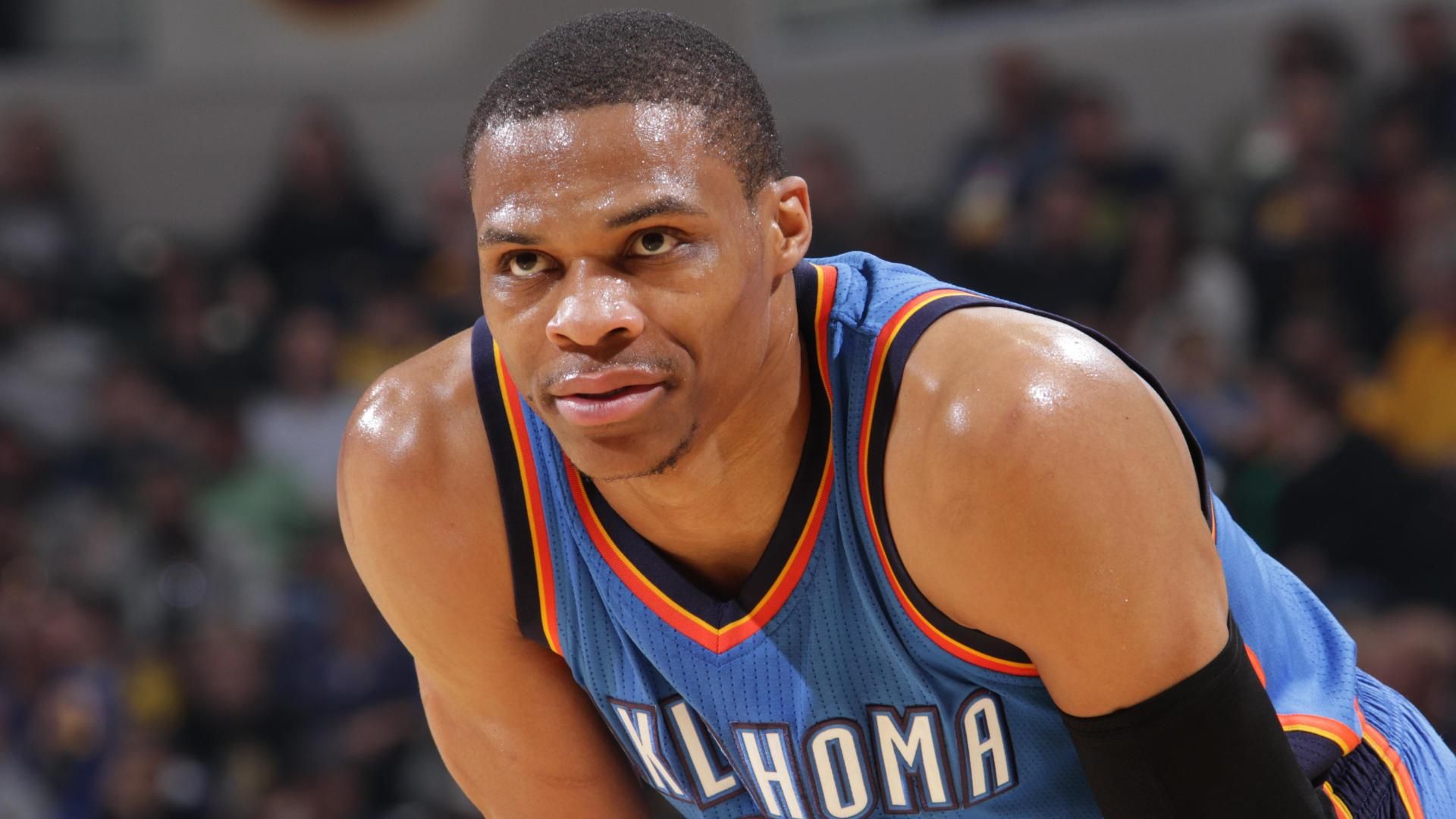