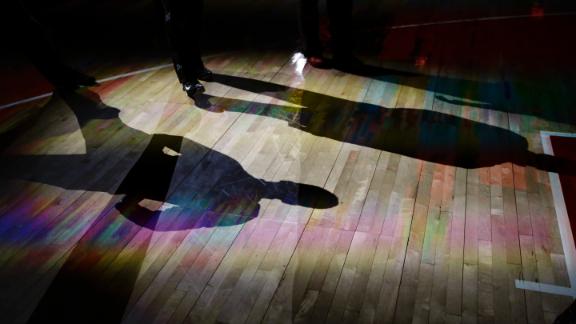 DETROIT -- A former University of Toledo basketball player who accepted at least $3,000 from a gambler to miss shots and make other mistakes was sentenced to probation Tuesday in a decade-old point-shaving scandal.

Sammy Villegas is the first of seven former Rockets to be sentenced this spring, including three ex-football players. The case was handled in federal court in Detroit, the hometown of two gamblers in the case and 60 miles north of the Ohio campus.

"I would like to apologize to the University of Toledo," said Villegas, who took cash from 2004 to 2006 while playing guard for the Rockets.

Villegas, 32, had faced as much as 30 months in prison but got a break. U.S. District Judge Mark Goldsmith followed the recommendation of prosecutors and ordered three years of probation and 100 hours of community service.

Villegas quickly cooperated with the FBI and pleaded guilty to conspiracy in 2008. The case has dragged on for years for a variety of reasons. The lead gambler, Ghazi "Gary" Manni, had planned to go to trial until pleading guilty in 2014.

Villegas was young and immature, and he deserves credit for helping investigators, Helland said.

In a court filing, Villegas said he got $300 to $400 when Manni won a bet on a fixed Toledo game. In February 2006, he intentionally missed two free throws and tried to hold the ball to manipulate the final score of a 78-62 victory over Central Michigan.

Manni is likely to get a prison sentence of about six years when he returns to court on May 26.

Former basketball player Anton Currie was expected to get his sentence Tuesday.