Sen'Derrick Marks: NFL 'all about monopolizing every opportunity' 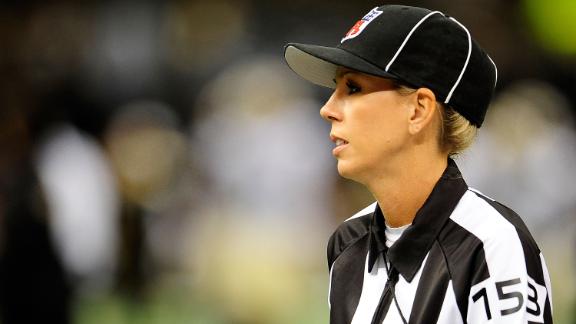 Jacksonville Jaguars defensive tackle Sen'Derrick Marks believes the NFL's impending hire of its first female full-time official is "great publicity" for a league "all about monopolizing every opportunity," according to a report.


Marks told TMZ that he likened it to the Michael Sam situation prior to last year's draft, when Sam became the first openly gay player to be selected.

"It's just like the Michael Sam situation -- if he wasn't gay, he would have gone undrafted," Marks told TMZ. "Instead, the league drafts him because I think they are trying to monopolize every aspect of the world. The same thing with a female ref. For the league, it's great publicity. The NFL is all about monopolizing every opportunity."


According to multiple media reports, the NFL is set to hire former Conference USA official Sarah Thomas as one of eight new officials for the 2015 season. An NFL spokesman would not confirm Thomas' hiring.


"For women, it's great," Marks told TMZ."Ain't nothing wrong with it, especially as long as she knows what she's doing."


Thomas has officiated NFL preseason games as a line judge while in the league's training program.


"I hope it works out for her," Marks told TMZ.