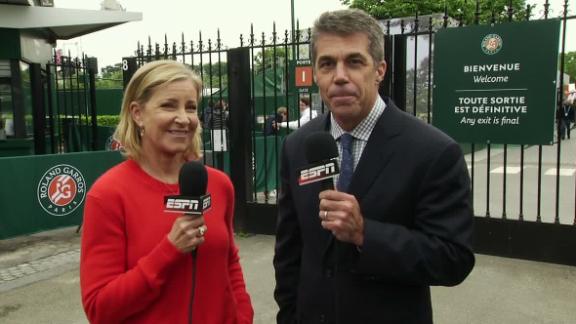 PARIS -- Two years ago at the French Open, Serena Williams was stunned in the second round by a 20-year-old opponent participating in only her 13th match at a major tournament.

That 6-2, 6-2 loss to Garbine Muguruza was, and remains to this day, the most lopsided defeat of Williams' 338-match Grand Slam career.

So guess who the No. 1-ranked Williams will face in the final at Roland Garros on Saturday as she attempts to earn her 22nd major championship and equal Steffi Graf's Open-era record?

"I learned so much from that match. I hate to lose, but when I do, I hope it was worth it," Williams said. "That match was definitely one of those that was kind of needed and worth it."

Since that setback, Williams has won 47 of 50 matches at majors, collecting four trophies along the way to boost her total to 21. Only Graf and Margaret Court, with 24, own more.

Williams moved to within one victory of Slam title No. 22 -- including her second in a row at the French Open -- by getting past a poor start and beating Kiki Bertens 7-6 (7), 6-4 in the semifinals Friday. The No. 4-seeded Muguruza advanced by eliminating 2011 USOpen championSam Stosur6-2, 6-4.

"She and I are players who like dictating the game," Muguruza said about herself and Williams. "There will be moments when she'll be dominating, and maybe at times I will be dominating. I think I can be a tough opponent, too."

It's also a rematch of last year's Wimbledon final, which Williams won in straight sets.

Because repeated rain sabotaged the schedule and eliminated the usual rest time at a major, Saturday will be Williams' fourth consecutive day on court, and Muguruza's third. Williams also acknowledged having "some issues" with a leg muscle, although she would not elaborate.

Under a full cover of clouds and with the temperature in the 50s, Williams made 22 unforced errors in the first set alone.

"Definitely, I agree 100 percent: If plays like this, she's not going to win," said Williams' coach, Patrick Mouratoglou. "So I don't expect her to play that level tomorrow."

Bertens smacked big forehands, creating outright winners or forcing Williams into mistakes, and broke in the very first game on the way to a 3-1 lead. Ahead 5-3, Bertens earned the first of two set points, but her forehand let her down, pushing the ball into the net.

Bertens, who entered her first Slam semifinal on a 12-match winning streak, was dealing with an injured left calf, which was heavily bandaged. She decided to play only after a warmup session 1 hours before the semifinal.

"We were, like, discussing, 'OK, are we going to play or are we not going to play?' I was like, 'OK, I want to go on court. I don't want to regret it afterwards that I didn't do it."

With that in mind, Williams began using drop shots to great effect. She won four points that way in the first set, including one that finally produced her initial break point, which she cashed in for 5-all.

Leading 7-6 in the tiebreaker, Bertens had another chance to claim the set, but again missed a forehand. Williams then drove a return winner, followed by a forehand winner punctuated with a yell, and the set was hers.

She fell behind 2-0 in the second, but quickly righted herself and was on her way.

Now Williams will want to do the same against Muguruza, a big hitter who Stosur said "really put me under pressure right from the start."

Williams says that loss in Paris in 2014 stuck with her -- she has won all 13 matches she's played at Roland Garros since -- but Muguruza's coach, Sam Sumyk, downplayed the significance of that day.

"It was 250 years ago, so nothing to think about, really," Sumyk said. "But it's always nice to have [in] the back of your mind that you beat Serena already." 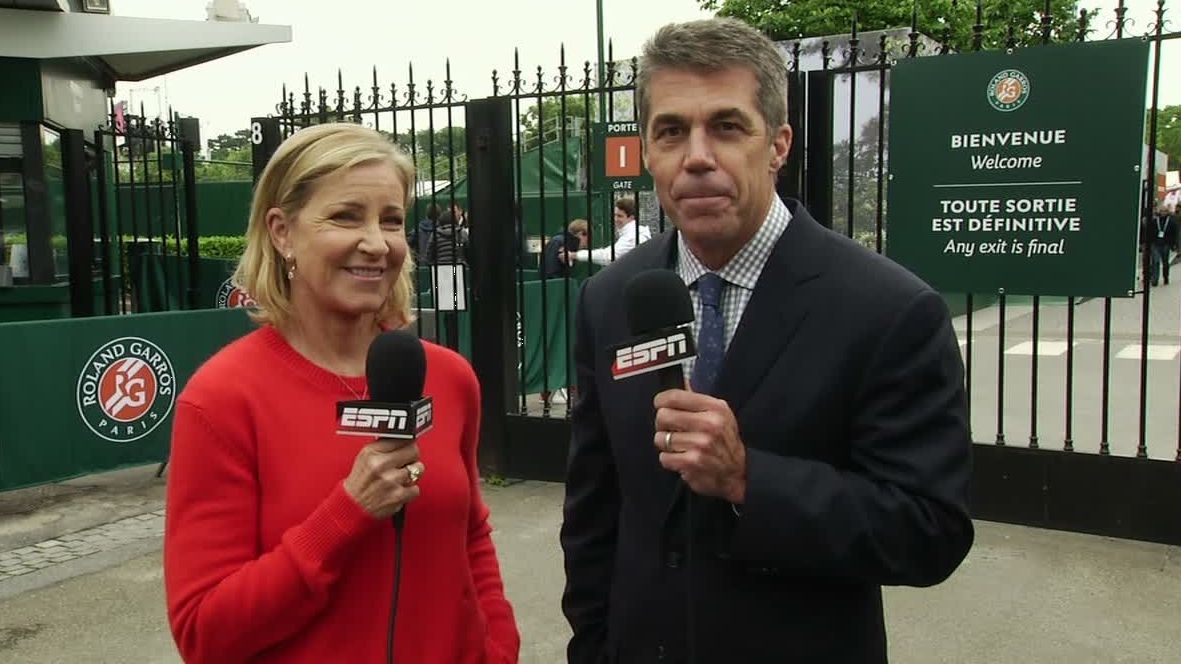