Shaq: Should have been more patient 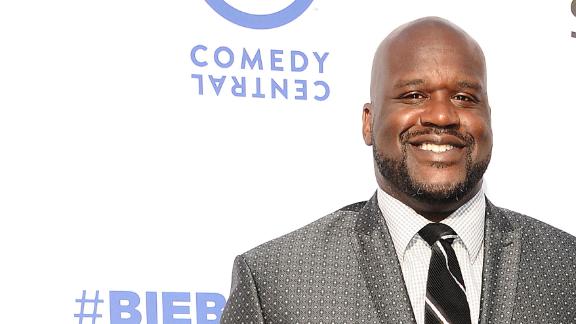 ORLANDO, Fla. -- It's been nearly two decades since Shaquille O'Neal left the Orlando Magic to pursue the championship that eluded him during his first four seasons in the NBA.

He returned Friday to be inducted into the Magic's Hall of Fame, a moment he said was an "unexpected" celebration of his contributions to the franchise. It was also a reunion that prompted O'Neal to acknowledge regrets about leaving his original NBA team.

"It's unexpected because I came here to win. We won games, and then I made a business decision," said O'Neal, who becomes the third member of the Magic's hall, joining co-founder Pat Williams and first-ever draft pick Nick Anderson. "It's never personal. The [team owner Rich] DeVos family knows that. And I accomplished [a championship] somewhere else. It's not like I didn't think they weren't going to be upset or anything. But it's business. It was all business.

"Do I regret it? I never fully answer it. I regret it sometimes. Is this where I started and should have stayed? I actually wish they made it a law that whoever drafts you, you gotta stay there your whole career."

O'Neal was just a potential-filled 20-year-old when he arrived from LSU as the No. 1 overall pick in the 1992 draft. Almost immediately, the 7-footer commanded the attention of the entire league with his dominant presence on the court and gregarious personality off it.

It all helped him take the Magic from an infant expansion team to their first NBA Finals appearance in 1995.

So it's not lost on O'Neal why the backlash was so strong when he joined the Los Angeles Lakers, where he would go on to win three of his four NBA championship rings.

O'Neal said the DeVos family deserves "a couple" of championships and that the Magic's 1995 Finals team, which also featured a core of Penny Hardaway and Anderson, had a chance to get back.

"That's why I kind of regret it, because we had a young, fabulous team," O'Neal said. "We really did. And it's a shame that we got torn apart. But I think about that all the time. I try not to live my life now on 'ifs' or 'would've, should've,' but do I regret leaving here in '96, yes I do."

Williams said he was happy to hear O'Neal acknowledge regrets about leaving and dispelled the popular narrative that the Magic simply chose not to match the Lakers' seven-year, $120 million contract in the summer of 1996.

At the time, Williams said "there was a tiny little piece of time" in which NBA rules allowed first-time contract guys to be unrestricted free agents.

"The league had put it in place, and that meant that any free agent could sign and you couldn't match it," Williams said. "He was gone. Right after that they realized it was terribly unfair and they changed it. And from that point on you could now match on a restricted. But in that little window, Shaq was gone. It is the Shaq rule. And we came back later and beat the Lakers' offer in the closing minutes. But emotionally, Shaq was gone."

Now as a 43-year-old, O'Neal said he would have handled the whole thing differently.

"I wish I would have had more patience," he said. "I wanted to be protected from the bashing. What I mean by that is I wanted to win then. Even when I got [to Los Angeles], I still got bashed. It took four years to win. But I was very impatient. I was very young, and I thought that if I go there, with those guys out there, I could win right away and that wasn't the case.

"Now that I'm older now, I wish as a youngster I would have had more patience."

Stan Van Gundy, who had a rocky relationship with O'Neal when the two were with the Miami Heat, said Friday's induction was well-deserved.

"I think it's fitting that they're honoring him," Van Gundy said before his Detroit Pistons faced the Magic.