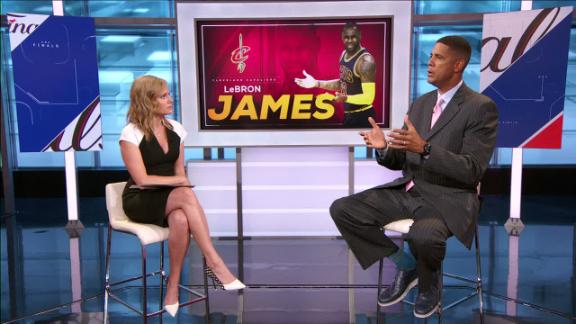 NEW YORK -- Shaquille O'Neal played on the last team to overcome a 2-0 deficit in the NBA Finals, so he knows what it takes.

For the Cleveland Cavaliers, he thinks it starts with better play from Kyrie Irving and Kevin Love, who he said is being "punked" by Draymond Green.

"Because remember last year, the storyline was, 'OK, Golden State, you won a championship, but that's because Kyrie and Kevin Love weren't playing.' Now they're playing, now you've got to play like you know how to play," O'Neal said Monday night.

Irving averaged 18 points but shot just 33 percent in the first two games. Love was just 9-for-24 from the floor in Games 1 and 2, and his status for Game 3 in Cleveland on Wednesday is unknown because of a concussion.

"Kevin Love's getting punked by Draymond, he really is," O'Neal said during an interview with The Associated Press. "I hate to be the one to say it, but he has to step up. You can't let a guy do the muscle thing in your face and you don't respond."

O'Neal said his Miami Heat never lost their belief in the 2006 finals, when they dropped the first two games in Dallas and were in deep trouble in Game 3 before storming back to win four straight. "We didn't feel like we were down and we knew we were better than that team," he said. "Our whole message was just one game at a time because they're up, the pressure's not on them. Once you start to squeeze, the pressure starts to be on them."

He thinks the Cavaliers can still get back into this series, though he's not sure they can join the three teams to come back and win the title after being down 2-0.

O'Neal, who provided analysis for NBA TV in Games 1 and 2, was in New York to take part in an event for American Express card members with his former Los Angeles Lakers coach, Phil Jackson.

Jackson's Chicago Bulls overcame a 2-0 deficit against the Knicks in the 1993 Eastern Conference finals en route to one of his NBA-record 11 championships as a coach. He recalls that series swinging when Michael Jordan became enraged after press accounts of his trip to Atlantic City following practice between Games 1 and 2 and "played like a man possessed."

"Sometimes it takes something like that," Jackson said, adding that LeBron James might need to find something that gets him to play with equal passion.

The Warriors' 73 victories broke the Bulls' 1995-96 record, but O'Neal said his 2000-01 Lakers would have beaten them. That team set an NBA record by going 15-1 in the postseason for the second of three straight championships under Jackson, back when O'Neal was an imposing physical force before rules changes loosened the game for free-flowing offenses like Golden State's to thrive. 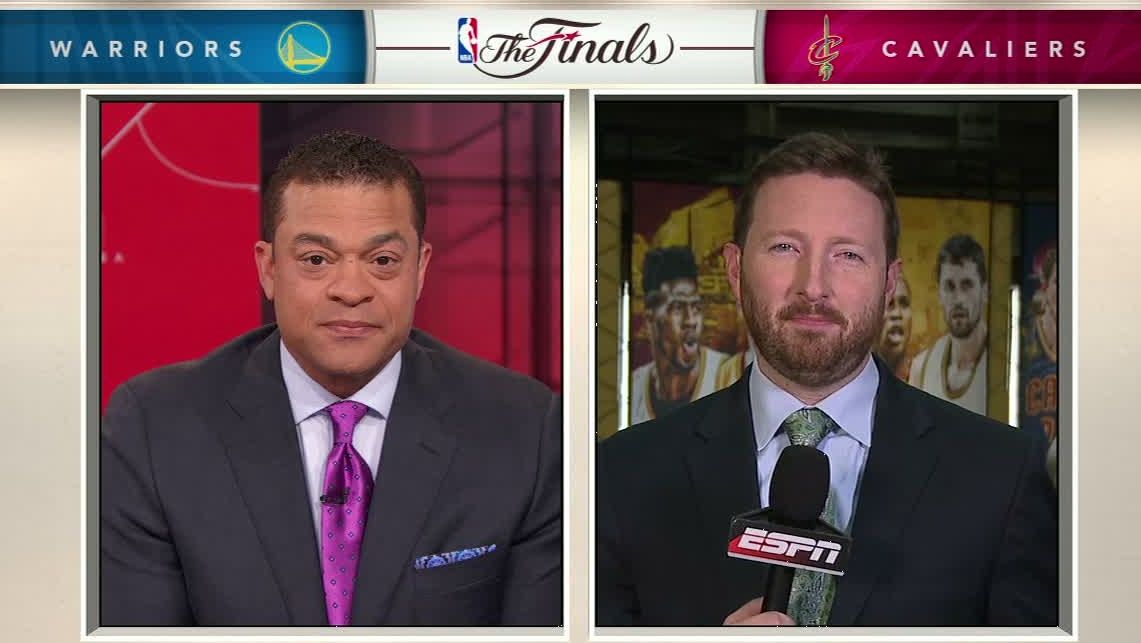 Shaq believes Love needs to have bigger impact on Cavs
Dave McMenamin reacts to Shaquille O'Neal's and Phil Jackson's comments on how the Cavaliers can get back in the NBA Finals.