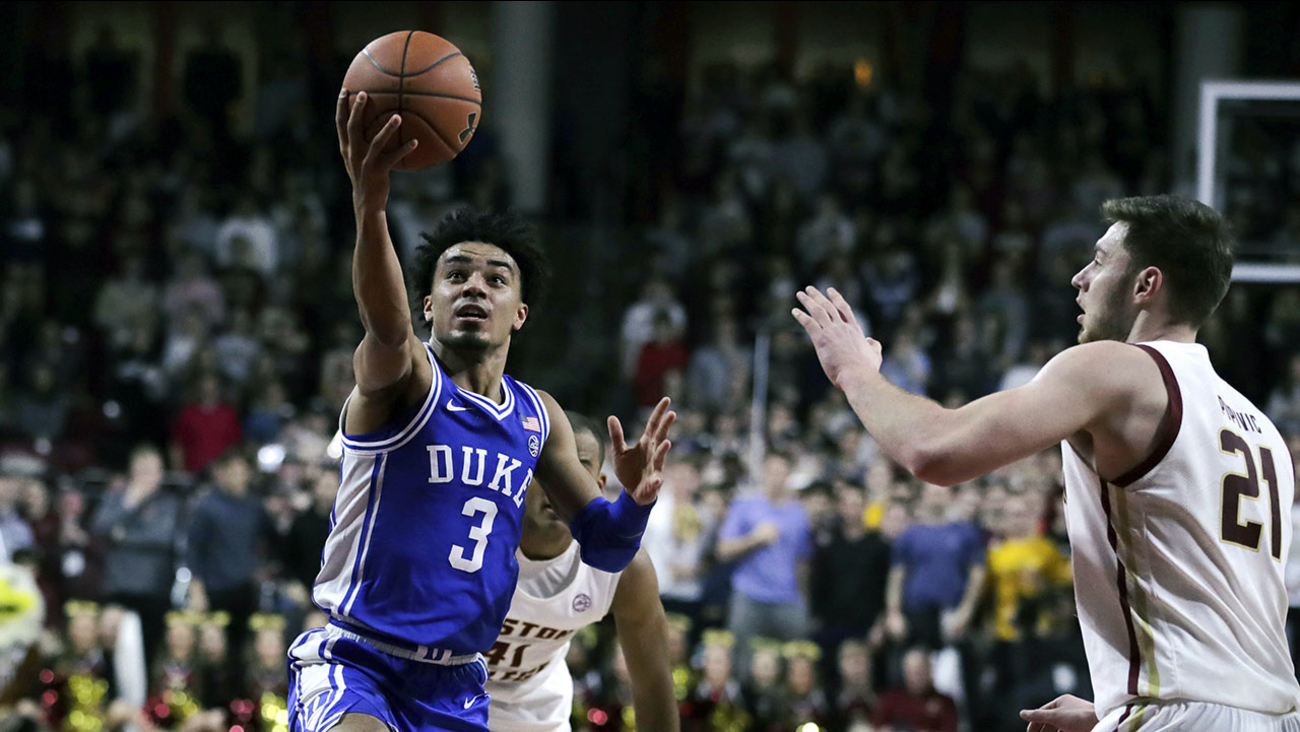 BOSTON -- Vernon Carey Jr. had 17 points and 10 rebounds to lead No. 7 Duke to a 63-55 victory over Boston College on Tuesday night and give Blue Devils coach Mike Krzyzewski his 500th career Atlantic Coast Conference victory.

Carey made a layup and then hit two free throws with about six minutes left during a 10-0 run that gave Duke (19-3. 9-2 ACC) the lead for good. Tre Jones scored 14 of his 18 points in the second half for the Blue Devils.

Derryck Thornton scored 21 points and Steffon Mitchell had 12 rebounds for Boston College (11-12, 5-7), which lost by 39 points at Duke on Dec. 31 but was coming off a one-point win at North Carolina.

Krzyzewski, the all-time winningest coach in Division I basketball, improved to 500-200 in the ACC regular season and tournament.

But this one seemed to be headed in the other direction. 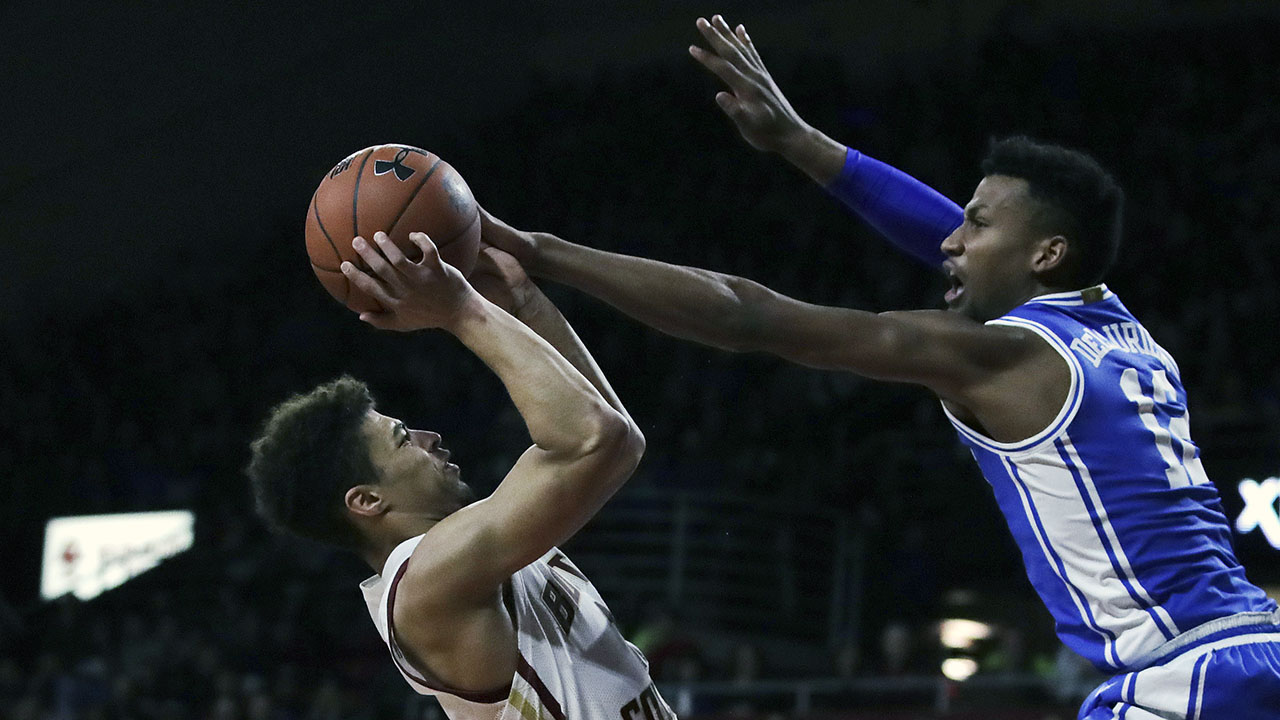 BC scored the first six points of the game and led 12-2 before Duke, which missed 10 straight shots, went on a 9-2 run. It was 16-11 when Cassius Stanley slammed in an alley-oop from Jack White. Then Moore made a jumper and Carey followed with a layup to give the Blue Devils their first lead of the game, 17-16, with just over six minutes left in the first half.

But the cold shooting continued - by both teams. Duke missed all 12 of its 3-point attempts in the first half; BC was 0 for 9.

It wasn't until Nik Popovic - who had hit nine 3-pointers all season - made one with about 11 minutes left that the teams broke the slump. They had combined to miss their first 26.

BC still led by four with eight minutes left and had a 49-46 lead when Duke scored the next 10 points to put the game away.

Celtics forwards Jayson Tatum and Grant Williams were at the game, as was Celtics boss Danny Ainge. Tatum, who went to Duke for one season, sat behind the Blue Devils' bench in a Duke sweatshirt.

Orlando's Amile Jefferson, who also went to Duke, and Mo Bamba were also at the game. The Magic play the Celtics on Wednesday night.

Duke: Has won 13 of the last 14 meetings between the schools. The exception: a BC victory over top-ranked and undefeated Duke at Conte Forum on Dec. 9, 2017.

Boston College: The Eagles were trying for their second win over a ranked team in a month and their first win over a top 10 team since beating Duke in 2017-18.