Some members of ECU marching band kneel during national anthem 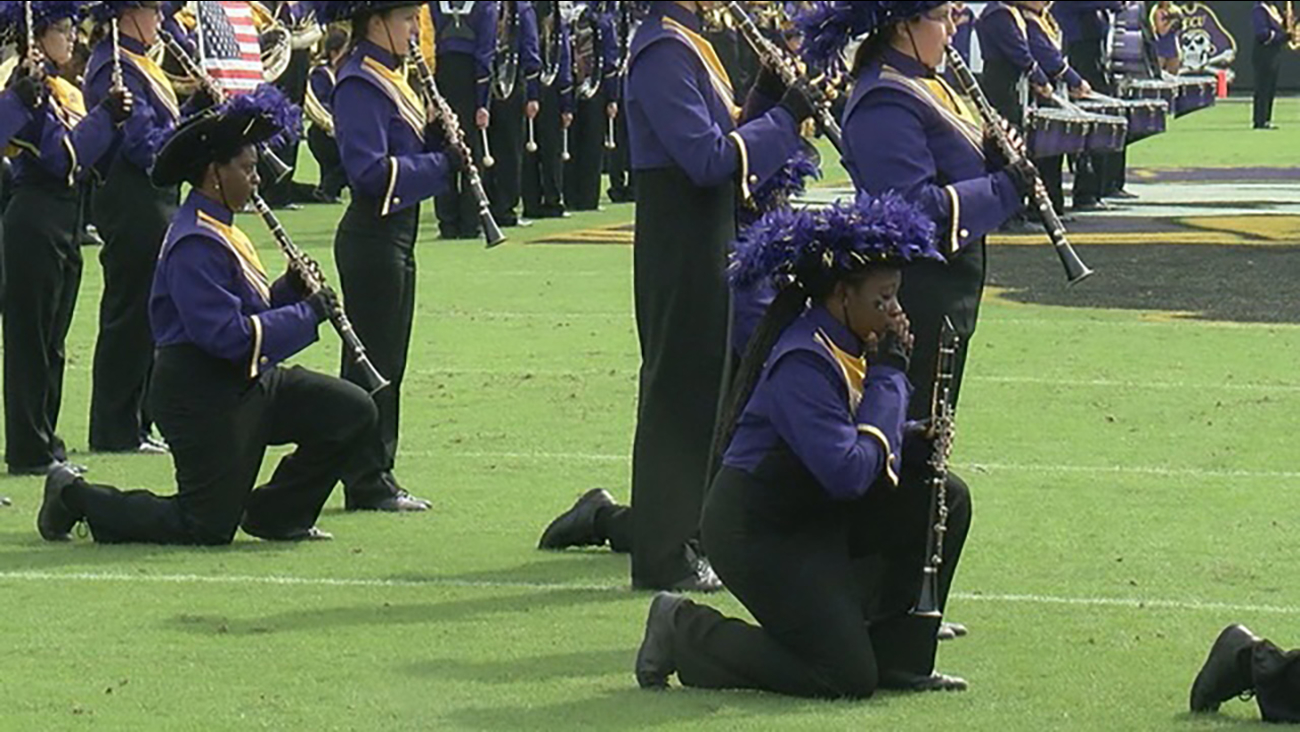 Some band members played their instruments while on a knee, while others didn't play at all.

When the band took the field for halftime, it was met with boos.

"As an institution of higher learning, East Carolina respects the rights of our students, staff and faculty to express their personal views. That is part of the free exchange of ideas on a university campus. While we acknowledge and understand the disappointment felt by many Pirate fans in response to the events at the beginning of today's football game, we urge all Pirate students, supporters and participants to act with respect for each other's views. Civil discourse is an East Carolina value and part of our ECU creed. We are proud that recent campus conversations on difficult issues have been constructive, meaningful exchanges that helped grow new understanding among our campus community. East Carolina will safeguard the right to free speech, petition and peaceful assembly as assured by the U.S. Constitution."

A growing number of athletes and students have demonstrated during the national anthem, following the lead of San Francisco 49ers quarterback Colin Kaepernick. He cited racial injustice and police brutality as reasons for his protest.

Students and marching band members at the University of North Carolina have demonstrated during the last two home games. Before the Pittsburgh game, a group of students chanted and raised a fist during the anthem. 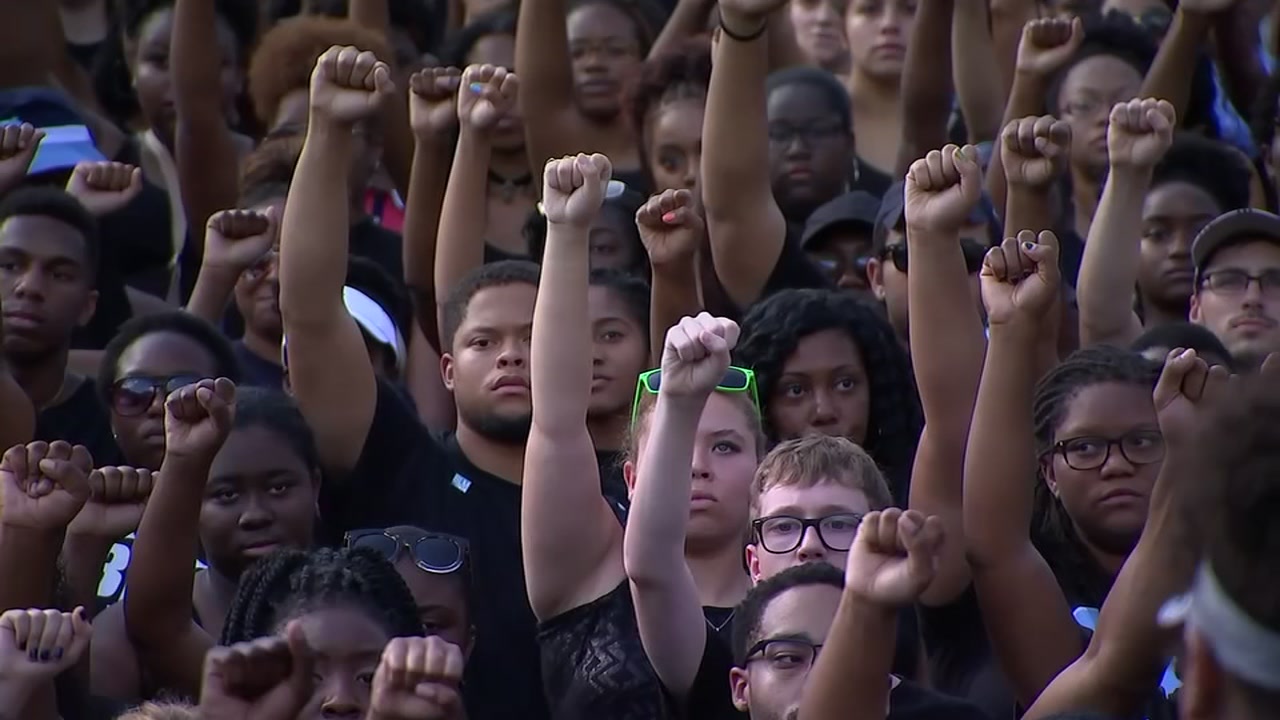 Students protest National Anthem at UNC football game
A group of students demonstrated before the start of the Pittsburgh-UNC game and during the National Anthem in Chapel Hill on Saturday.