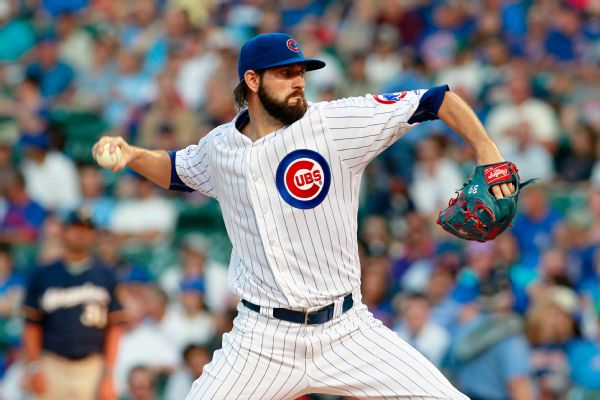 The deal, pending a physical, includes a mutual option for a third year.

Hammel, 34, went 15-10 with a 3.83 ERA in 30 starts with the Chicago Cubs last season. Hammel did not pitch in the postseason. The Cubs declined Hammel's $12 million option for 2017, which made the right-hander one of the top starters on the free-agent market.

The Cubs acquired left-hander Mike Montgomery in a July trade with Seattle, and he could replace Hammel in the rotation.