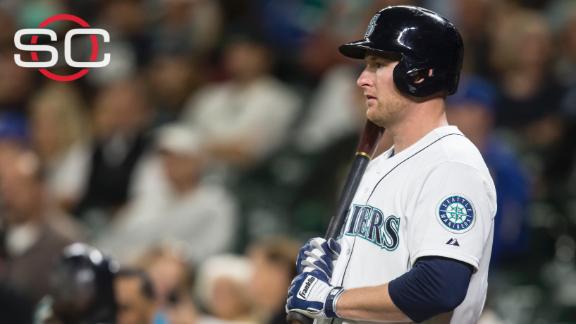 The Seattle Mariners have agreed to trade slugger Mark Trumbo to the Baltimore Orioles in exchange for catcher Steve Clevenger, a source confirmed to ESPN's Jim Bowden.

Clevenger, a Baltimore native, joined the Orioles via a 2013 trade with the Chicago Cubs, but he played in fewer than 40 games each season with the Orioles, as he was primarily used as a backup. Last season was Clevenger's most productive in Baltimore; he hit two home runs, drove in 15 runs and batted .287.

By acquiring Trumbo, the Orioles might be preparing for the departure of first baseman Chris Davis. Davis is coming off of a 47-homer season and is the biggest bat on the free-agent market.

The Mariners are now pursuing outfielder Marcell Ozuna of the Miami Marlins, a source told Bowden,and also reportedly agreed to a one-year contract with free-agent outfielderNori Aoki to replace Trumbo.