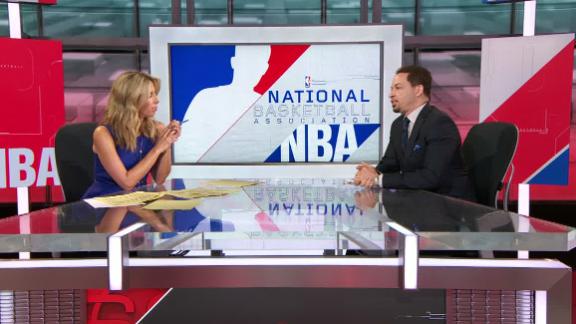 Six-time NBA All-Star Pau Gasol has emerged as the target of a lucrative free-agency bidding war that has at least four teams chasing him, according to league sources.

Sources told ESPN.com on Sunday that Gasol has received significant interest in recent days from the Portland Trail Blazers, Minnesota Timberwolves and Toronto Raptors, in addition to the San Antonio Spurs, who are widely expected to be top contenders for Gasol now thatKevin Durant is headed to Golden State.

The Blazers, sources said, are offering a two-year deal in the $40 million range to land Gasol, who spent the past two seasons with the Chicago Bulls.

The Timberwolves, sources said, are offering a similar deal in hopes of convincing Gasol to reunite with former Bulls coach Tom Thibodeau.

It's not immediately clear if Gasol is intent on waiting until after Durant makes his decision to choose his next team, but one source close to the process told ESPN.com's Ramona Shelburne that the market for Gasol is landing in the $18 million to $22 million range, in terms of annual salary.