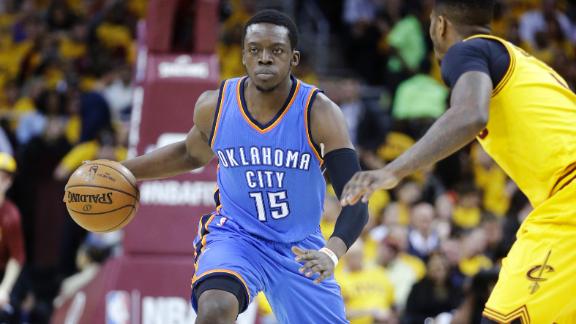 The Brooklyn Nets and Oklahoma City Thunder are engaged in serious talks on a trade that could swap disgruntled point guard Reggie Jackson for center Brook Lopez, multiple sources told ESPN.com on Thursday.

The Nets and Thunder discussed a deal for Lopez last month that didn't include Jackson and fell apart. The sides re-engaged on talks late Wednesday, and Jackson, who has made it clear he'd like to be traded, was added to the talks, sources said.

There are contractual issues to be worked out as part of a such a trade. One would be the Nets getting an assurance that Jackson would be interested in signing an extension when he becomes a restricted free agent this summer. Another would be the Thunder perhaps requesting that Lopez pick up his $16.7 million player option for next season.

Other pieces and teams were involved in the potential deal, and the Nets have been calling other teams to attempt to reroute Thunder veteran center Kendrick Perkins. The Philadelphia 76ers, who have roughly $19 million in salary-cap space, are an option, sources said.

Marc Stein and Ohm Youngmisuk of ESPN.com contributed to this report.