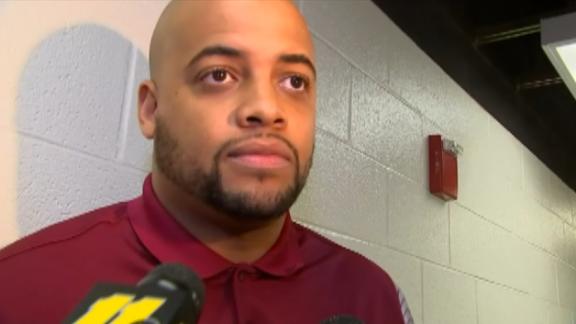 South Carolina State guard Tyvoris Solomon was rushed to a hospital Saturday afternoon after his heart stopped during the Bulldogs' 103-71 loss toNC State.

Solomon was resuscitated by South Carolina State's athletic trainer,Tyler Long, whom Garvin praised in a statement Saturday night "for his quick response in that life-or-death moment. He along with the EMS staff rose to the occasion and saved Ty's life."

"I witnessed an arena that came together in prayer and displayed genuine concern for this young man," Garvin continued. "I have received tweets, emails, phone calls and texts from around the world with prayers for Ty and our team. Sports has the amazing ability to bring all of us together for the good of humanity.

"The fans and administration from NC State were phenomenal, and we appreciate your support and well wishes. Additionally, I want to express my gratitude toward our administration at S.C. State for making their way to the hospital to be by Ty's side."

Garvin said in the statement that Solomon's family is with him, "and he has already started the healing process."

Garvin accompanied Solomon to the hospital, but the game resumed at 1 p.m. ET after a delay of approximately 40 minutes.

Bulldogs assistant Rio Pitt, who took over after Garvin left, said the coaching staff let the players decide whether they wanted to continue playing. He said their decision was unanimous.

"They said we'll do what Ty would do, and Ty would have told us to go out there and play, and that's the response the guys gave us," Pitt said.

The incident occurred with about 13 minutes remaining in the first half, during a stoppage of play when medical officials were examining NC State's Markell Johnson for an apparent knee injury.

The focus quickly shifted to South Carolina State's bench area, however, as emergency medical personnel rushed to the area.

Players and coaches from both teams looked on with concern as Solomon received medical attention. Pitt said Garvin dropped to his knees in prayer.

Pitt declined to provide any details about the moments leading to Solomon's collapse, and S.C. State players were unavailable for comment.

"This is sport, this is entertainment," Pitt said. "But at the end of the day, friends and family always comes first. And moments like these just kind of give you a quick refresher and put things in perspective." 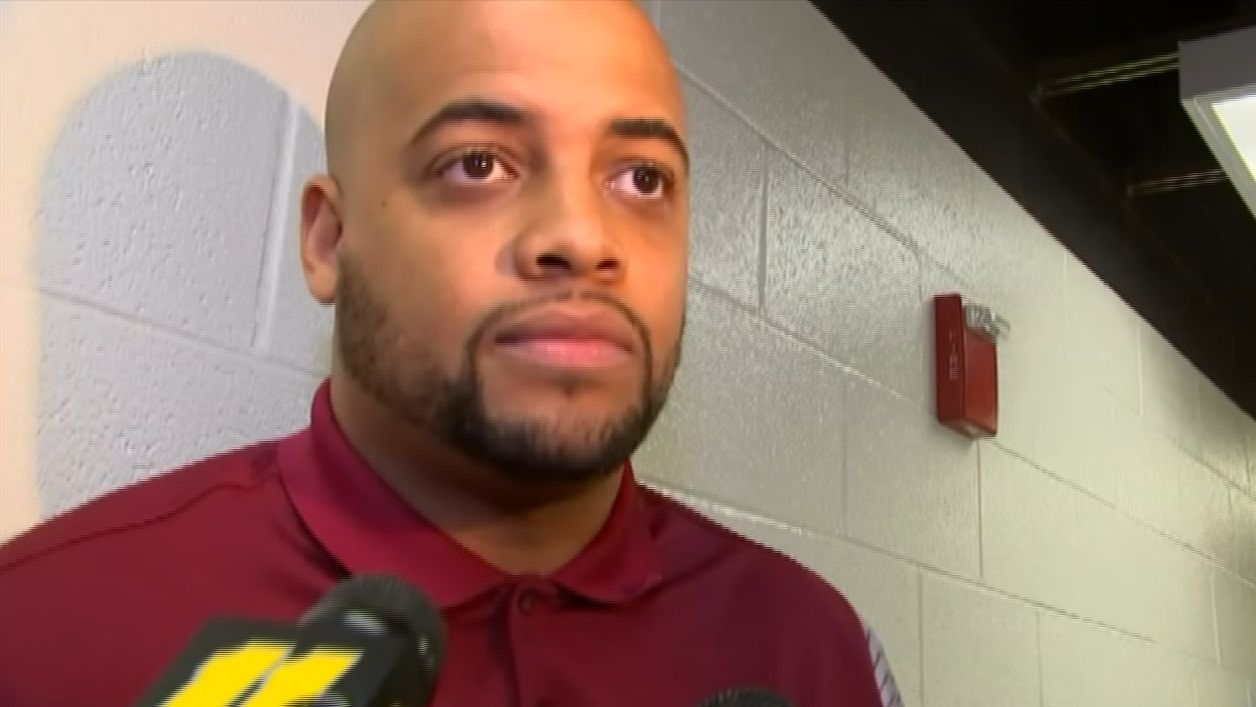