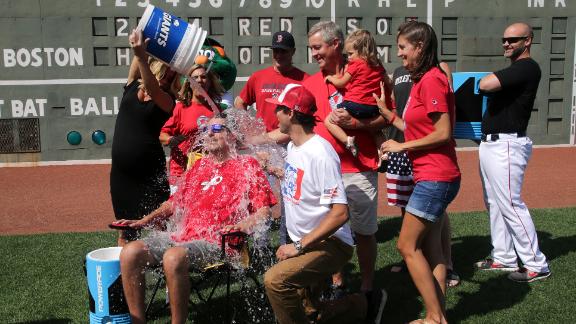 LeBron did it. So did Kobe, KD and Dwyane. NFL commissioner Roger Goodell did it alone, while NBA commissioner Adam Silver made sure his dog was watching.

The Alabama football team got wet, as did the Patriots and the U.S. Ryder Cup team.

The ice bucket challenge to benefit ALS has spread quickly across the nation over the past three weeks, and it's not just people dumping ice water on their heads and challenging three people they know to do the same within 24 hours.

In the last 24 days, the ALS Association and its 38 chapters have raised $41.8 million from people inspired to donate thanks to the ice bucket challenge. How significant is that? The total money raised by the national organization and its satellite charities last year was $64 million.

"This is something we could have never imagined," said Barbara Newhouse, who was only named president and CEO of the ALS Association in May. "This has taken us to a whole new level."

The sports community played a big part in the viral growth of the challenge. Minor league golfer Chris Kennedy is credited with steering the challenge toward ALS, while former Boston College baseball captain Pete Frates and his friend Pat Quinn, who both have ALS, are credited with taking it to the next level. Before long, NHL player Paul Bissonnette, who has 560,000 Twitter followers, was tweeting out a video of him getting glacial water dropped on him from a helicopter.

"The sports community has played in key role in making this what it became," Newhouse said. "We're very thankful of everything athletes and teams have done."

ALS, or Amyotrophic Lateral Sclerosis, is a neurodegenerative disease that affects the brain and the spinal cord. It has always had a connection to sports due to New York Yankees slugger Lou Gehrig dying from the disease in 1941 and forever being associated with the disease. But, Newhouse says, the ice bucket challenge allows her organization to separate itself from Gehrig's name.

"This is a game-changer for us in terms of awareness," Newhouse said. "There are young people who aren't familiar with who Lou Gehrig is and this has allowed ALS to take on a life of its own. This isn't just Lou Gehrig's disease. It's Pete Frates' disease and Pat Quinn's disease."

The Agency for Toxic Substances and Disease Registry recently estimated that ALS affects four in 100,000 people in the U.S. population, but since ALS is not listed as a cause of death, exact numbers aren't known. What Newhouse knows is that many more people know of ALS now thanks to the viral ice bucket challenge. Since July 29, the ALS Association and its chapters have had 637,527 new donors.

"It's our responsibility to use the money and commit to research as a pathway to understanding and learning what causes ALS so that we can better treat and ultimately cure this disease," Newhouse said.

Despite pledges from athletes and teams, Newhouse said it's too early for the association to verify the donations that have actually come in. 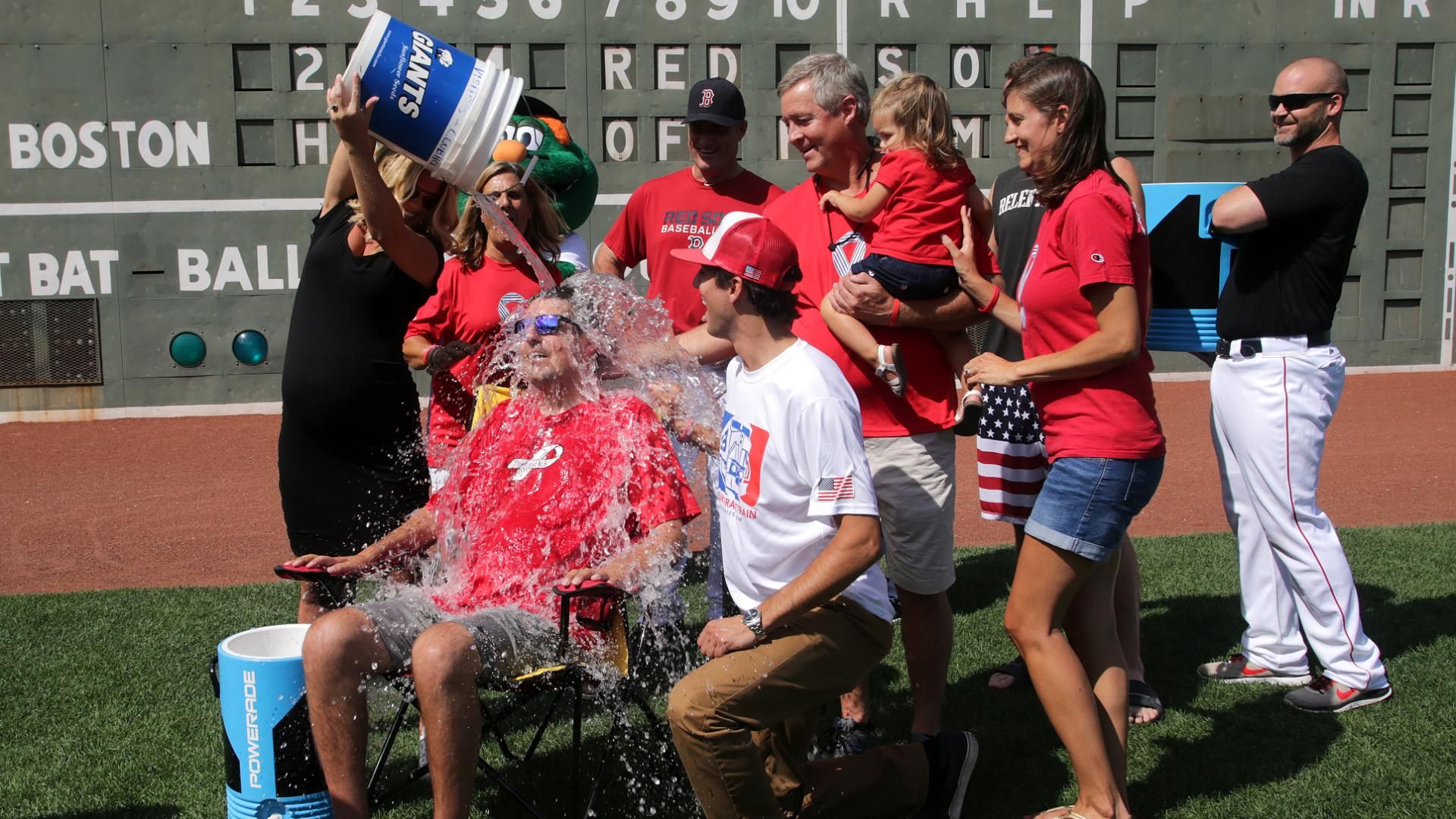