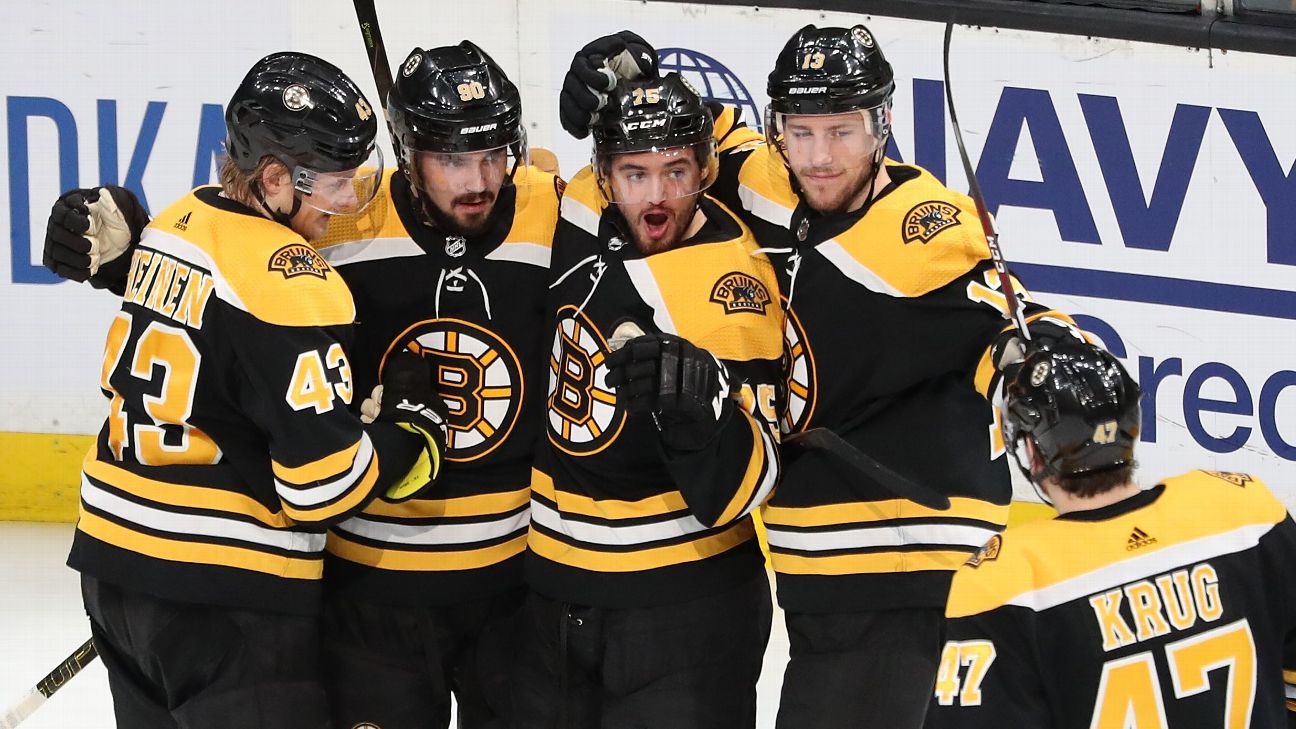 The Hurricanes are in an 0-2 hole after a 6-2 loss to the Boston Bruins on Sunday, and Carolina captain Justin Williams dropped a pretty epic postgame quote about how his team can climb out of it.

After Matt Grzelcyk opened the scoring with about five minutes remaining in the first -- on a goal Canes goalie Petr Mrazek probably wants back -- the Bruins cruised. Boston goalie Tuukka Rask said it was probably the best, full game the Bruins has played in a while, maybe throughout the playoffs. Carolina's offense was stagnant; it was credited with just nine scoring chances for the entire game. And many wondered why Rod Brind'Amour never pulled Mrazek. The coach said Mrazek wanted to stay in, but it would be surprising if there wasn't a goalie change for Game 3.

1. Matt Grzelcyk, D, Boston Bruins. After absorbing a gnarly hit by Micheal Ferland early, Grzelcyk bounced back with two goals to lead the Bruins. Not bad for the local kid who scored only three goals all regular season.

3. Connor Clifton, D, Boston Bruins. Scoring your first career NHL goal in the playoffs? Have yourself a day, Connor Clifton. The 23-year-old rookie played in only 19 regular-season games and 10 playoff games (three total assists). And he nailed the answer of what he's doing with the puck, given the day on which he scored it:

Connor Clifton was asked where the puck for his first NHL goal is going.

MOJO TO CLIFTON! Marcus Johansson with a beaut of a pass to Connor Clifton for the geno! #NHLBruins pic.twitter.com/PIh0rvofik

Just a gorgeous pass from Johansson.

Brad Marchand is toeing the line of peskiness yet again.

Brad Marchand draws a penalty on Justin Williams, signals for Williams to go to the penalty box and taunts him with the "C" pic.twitter.com/1UukK3ZeQt

After baiting Justin Williams into taking a holding penalty -- "I'm old enough, I gotta know better," Williams said -- Marchand mocked the Canes' captain by miming a "C" on his chest and pointing to the penalty box.

Marchand has remained clear of the NHL's Department of Player Safety this season, but he's still getting under opponents' skin this postseason like only he can.

The Sharks' offense is looking mighty scary these days. In 15 playoff games, San Jose has scored five goals on at least five occasions. The Sharks spread the wealth by flexing their depth scoring in a 6-3 win in Game 1. The Blues, by contrast, have yet to hit the five-goal mark in any game. They need to amp things up -- there's been some talk about how to get star winger Vladimir Tarasenko more involved -- but also rediscover their stingy defensive structure that got them to this point.

Mrazek's night, in a photo.

I'm no goalie coach but I think Petr Mrazek lost his net there pic.twitter.com/z1UoMJId1R

Incredible postgame commentary -- and imagery -- from the Canes' captain.

Justin Williams on Canes' 0-2 hole "You spend all this time leading up w/ everyone writing articles about how great we are. You come out and sometimes you gotta eat a poop sandwich. It doesn't taste good. You have to chew on it for a couple days & hopefully get the taste out" 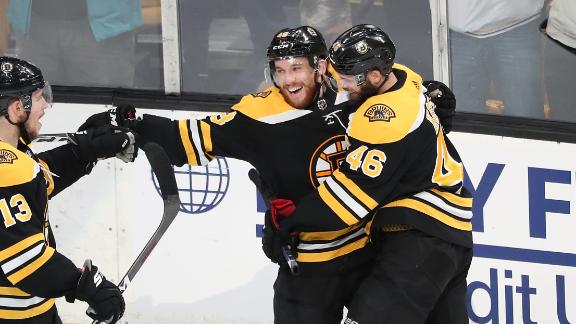