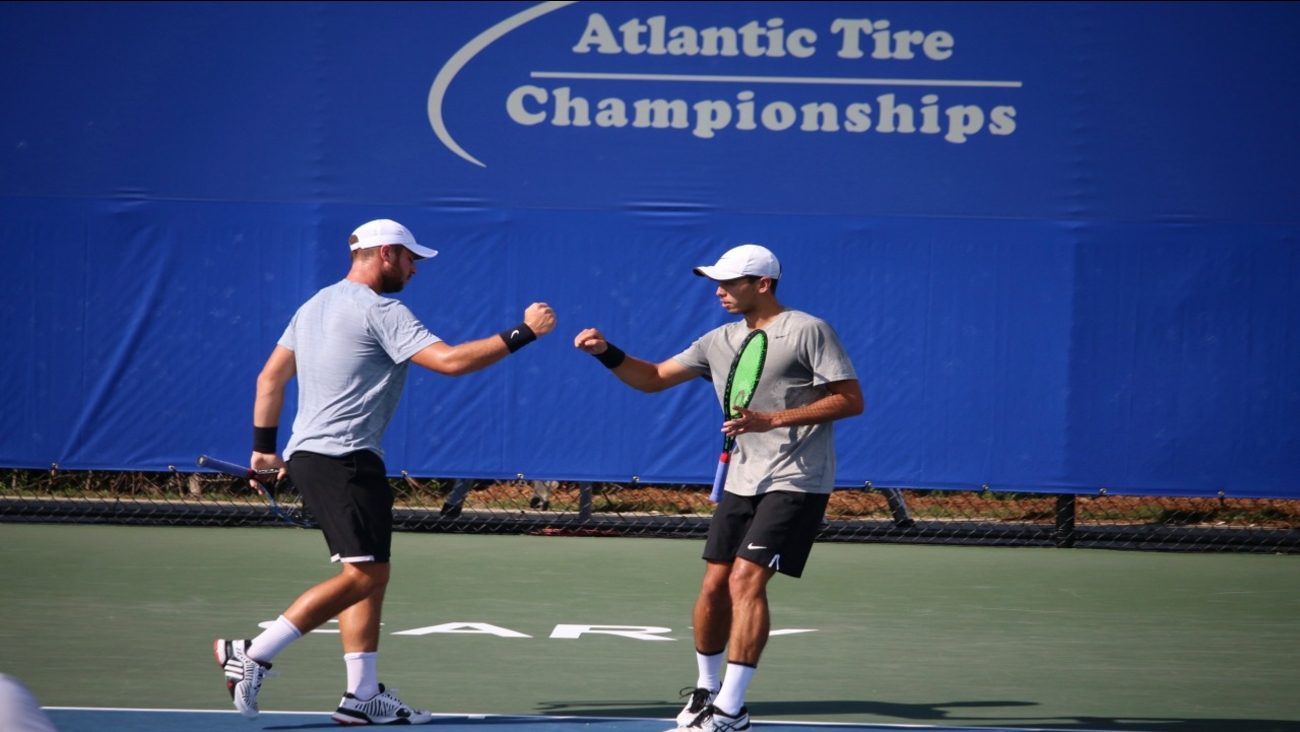 The Town of Cary is thrilled to welcome a new field of competitors when the Atlantic Tire Championships returns to Cary Tennis Park September 11-17. The tournament, a United States Tennis Association (USTA) Pro Circuit event, will feature top men's tennis professionals, many straight from the courts of the US Open. This is the third year for the tournament in Cary and organizers continue to be amazed at the level of talent that shows up to compete.

Enter to win a 4-pack of VIP tickets for Championship weekend at Cary Tennis Park on August 16 and August 17, 2017 in the 2017 Atlantic Tire Championship VIP Sweepstakes! Click below for entry.

About the Atlantic Tire Championships

"I don't think people realize how high the level of tennis is until they actually sit in the stands. It's been surreal to watch the future of tennis right here in Cary! Many of these players have gone on to play in Wimbledon and other Major ATP Tour Events.", said Sean Ferreira, Cary Tennis Park and Co-Tournament Director.

Ernesto Escobedo enters the tournament as the highest ranked player. Escobedo was the tournament's 2016 finalist, losing in a hard fought, three set match to qualifier James McGee. A California native, Escobedo is an anomaly in that he never left home to advance his career and is a product of the public courts. Katrina Adams, president of the USTA has stated, "Ernesto is a great example that you don't have to play in a private club or country club to have success,"

Also scheduled to appear is Greenville, NC native, Tommy Paul. Paul, returning for his second tournament appearance, has managed to climb the ATP rankings after an outstanding summer hard court season. In less than 3 months he has improved his ATP ranking by 240 spots.

Walking the grounds of Cary Tennis Park you will see Kevin King's name posted on many courts acknowledging his tennis accomplishments. Cary Tennis Park supervisor and tournament co-director, Sean Ferreira, has been coaching King since he started playing. They continued to work together even after Ferreira relocated from Atlanta to Cary. King is making his way back after taking time off due to injury. During recovery, King was a volunteer assistant coach at his alma mater Georgia Tech.

Former UNC Chapel Hill player, Brayden Schnur, returns for his third tournament appearance. He was awarded a wildcard in prior years but enters this year's tournament as a seeded player. Schnur decided to forego his senior year as a Tarheel and went pro in 2016.

With activities and matches each and every day there is plenty of opportunity to enjoy some pretty stellar tennis at a facility second to none. Community events round out the week and are a big component to what makes the Atlantic Tire Championships special. One such event pairs the Abilities Tennis Association of North Carolina and the tournament for a memorable evening of fun and exhibition play. "Clearly one of everyone's favorite activities of the week is this heartwarming event", said Ted Reese, Co-Tournament Director. "Watching the pros share Stadium Court with this very special group of players rivals the final round on center court. Sharing a love of the game is what it's all about and the cornerstone of what we strive to do with everyone who attends the tournament."

The event has grown substantially since its inception and organizers have worked very hard to integrate many wonderful community events such as a Ladies Charity Classic, High School Girl's Invitational, University Night, Cary Chamber After Hours, food collection for Inter-Faith Food Shuttle and so much more. "Our goal is to take advantage of every possible block of time to enrich the community and provide fun entertainment as well as great tennis", says Reese. "There is really no reason not to come support this event with so many things to do each day throughout the course of the week."

The 24-acre Cary Tennis Park, located in west Cary, hosts about twenty sanctioned tournaments per year and draws nearly 250,000 visitors annually. The venue was awarded Outstanding Tennis Facility by the USTA in 2006 and recently underwent an expansion project adding seven new covered courts. Cary Tennis Park is one of the largest and most prestigious public facilities in the Southeast.
With only 16 USTA Pro Circuit ATP Challenger tournaments held throughout the United States each year, Cary is extremely fortunate to host the Atlantic Tire Championships. Challenger
Events provide players the opportunity to earn ranking points so they can qualify for main draw ATP Tour events and are the second highest level of professional tennis tournaments.

One of the advantages of a Challenger event is how close spectators can get to the action. The opportunity to watch this level of tennis, in-person, up-close is something that can only be experienced. The speed and precision of the ball, as well as the athleticism and agility of the players is truly special.

The field for this $50,000 event will feature 32 singles players and 16 doubles teams. Players ranked as high as number 50 in the world typically compete in these Challenger level events. Tickets go on sale August 1 through Extix.com and are $10 and up. Tickets can be purchased at the Cary Tennis Park, by calling Etix by phone at (800) 514-3849 or on the official event website AtlanticTireChampionships.com.

ABOUT THE USTA PRO CIRCUIT:
With approximately 90 tournaments hosted annually throughout the country and prize money ranging from $15,000 to $125,000, the USTA Pro Circuit is the pathway to the US Open and tour-level competition for aspiring tennis players and a frequent battleground for established professionals. The USTA launched its Pro Circuit 38 years ago to provide players with the opportunity to gain professional ranking points, and it has since grown to become the largest developmental tennis circuit in the world, offering more than $3 million in prize money. Last year, more than 1,000 men and women from more than 70 countries competed in cities nationwide. Andy Murray, Maria Sharapova, John Isner, Sloane Stephens, Kei Nishikori, Victoria Azarenka, and Sam Querrey and are among today's top stars who began their careers on the USTA Pro Circuit. Follow the USTA Pro Circuit at #USTAProCircuit and ProCircuit.USTA.com.

ABOUT CARY TENNIS PARK:
The Cary Tennis Park, with 25 outdoor courts, 4 QuickStart courts, and 7 newly opened post-tension concrete covered tennis courts, is one of the largest public facilities in the southeast. The 24 acre park includes scenic bridges, beautiful landscaping, and convenient amenities including locker rooms, a practice wall and a pro shop. All this and more make the Cary Tennis Park one of the best facilities in the country. Staffed with an outstanding group of tennis professionals, the products and services offered at the Cary Tennis Park are second to none.