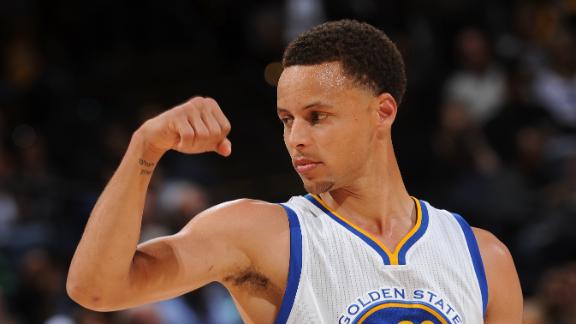 As the NBA regular season draws to a close, Stephen Curry might be just finding his best shooting stroke.


The Golden State Warriors guard and owner of the NBA single-season 3-point record connected on 77 straight 3s in Tuesday's practice.


Curry rotated around the perimeter, taking 10 shots from several spots.


Curry told ESPN the 77 represents the most he's ever made in a row. Out of 100 shots taken during the session, he made 94.


Teammate Klay Thompson, who is second in the NBA with 234 made 3s, told ESPN he couldn't believe Curry had made 77 straight and that his own record streak is 36.


Curry, a leading candidate for league MVP, surpassed his own record for 3-pointers made in a season. With only Wednesday's regular-season finale against theDenver Nuggetsremaining, Curry has 284 3s -- a staggering 3.6 per game -- this season.