TAMPA, Fla. -- Steve Spurrier and Peyton Manning, who waged some memorable battles as part of the Florida-Tennessee rivalry in the 1990s, headline the 2017 College Football Hall of Fame class, announced Monday.

Spurrier is already a member of the College Football Hall of Fame as a player. He won the Heisman Trophy in 1966 as Florida's quarterback and was inducted as a player in 1986. He becomes only the fourth person in history to be inducted as both a player and a coach, joining Bobby Dodd, Amos Alonzo Stagg and Bowden Wyatt.

Upon returning to his alma mater as head coach in 1990, Spurrier led the Gators to six SEC championships and a national title in 1996. He is the all-time winningest coach at both Florida and South Carolina; he guided the Gamecocks to three straight top-10 finishes from 2011 to 2013 before retiring during the 2015 season. Spurrier also led Duke to its last ACC championship in 1989.

Manning, who retired from the NFL after the 2015 season, finished his college career holding 42 NCAA, SEC and Tennessee records. He compiled a 39-6 record as a starter, led the Vols to the 1997 SEC championship and helped put an end to a nine-year winless drought against Alabama in 1995 when he engineered a 41-14 rout of the Crimson Tide at Birmingham's Legion Field.

But for much of Manning's college career, it's who he didn't beat that hounded him. He was 0-3 against Florida as a starter, and even though he was 6-1 against Tennessee's other two big rivals (Alabama, Georgia), the fact that the Vols couldn't get over the hump against Spurrier and the Gators was viewed by some as a blight on Manning's otherwise stellar career.

In fact, Tennessee's loss to Florida during Manning's senior season likely cost him the Heisman Trophy, which was won that year by Michigan defensive back Charles Woodson. So incensed were Tennessee fans that to this day many still refer to it as the "Heistman."

"It's a tremendous honor to represent Tennessee and join the distinguished list of University of Tennessee alumni in the National Football Foundation College Football Hall of Fame," Manning said in a statement. "I've always had great appreciation for the unbelievable history of Tennessee football, coaches and players. I'm extremely appreciative and humbled by this incredible honor."

Spurrier reveled in beating and needling the Vols back in those days but has maintained the utmost respect for Manning as a player.

"He, Tom Brady and Joe Montana are the three I would give the nod to as the best ever," Spurrier said.

This year's Hall of Fame class also has a little College Football Playoff National Championship flavor, as former Clemson and Arkansas coach Danny Ford was selected. Ford led Clemson to the 1981 national championship, the Tigers' only national title. They are hoping to win their second Monday night against Alabama.

Three other marquee names in this year's class are Marshall Faulk, Kirk Gibson and Brian Urlacher.

Gibson is perhaps best known for his iconic home run with the Los Angeles Dodgers in the 1988 World Series, but he also caught 24 career touchdowns as a star receiver at Michigan State from 1975 to 1978.

Urlacher was an All-American defensive back at New Mexico from 1996 to 1999 before going on to be selected to eight Pro Bowls at linebacker for the Chicago Bears.

The induction ceremony will be Dec. 5. 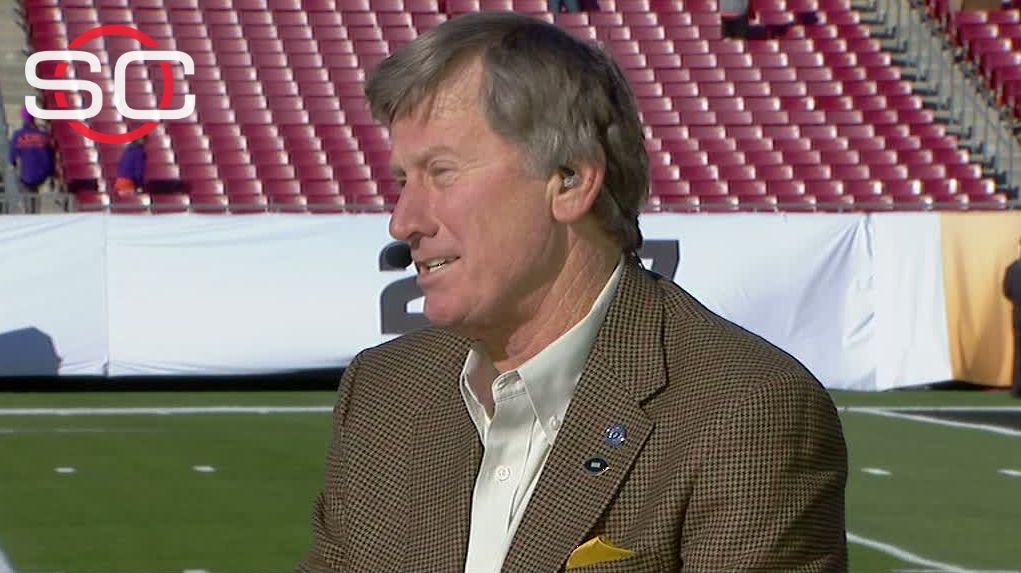