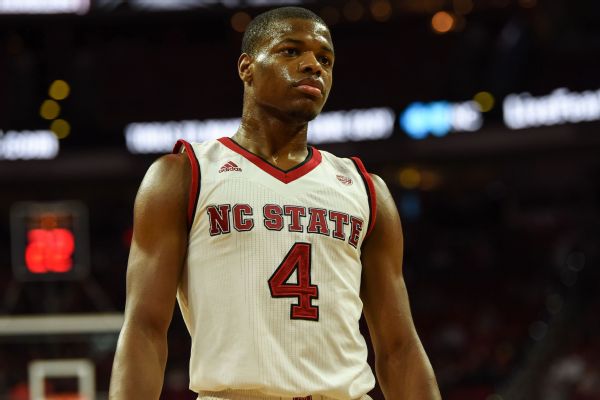 NC State released the subpoena Friday, a week after confirming it was received on Jan. 17 from the Southern District of New York.

It is the same court handling charges that were filed in September in the ongoing federal investigation of corruption in college basketball.

The subpoena seeks a range of communications between the coaching staff and athletic department and Smith and his family members, as well as financial aid forms, eligibility forms and his letter of intent.

A recent Yahoo Sports report revealed bank records and other expense reports that listed impermissible payments from agents to at least two dozen players or their relatives, including loans of thousands of dollars to Smith, who is currently in his rookie year with the NBA's Dallas Mavericks.

Gottfried, who was fired by NC State last season, was hired this week by Cal State Northridge as its new coach.

NC State athletics spokesman Fred Demarest said the document was released under the state Public Records Act after consulting with the state attorney general's office following media requests for it.

He previously said the school's general counsel was told the subpoena was confidential and did not inform the Wolfpack's coaching staff at the time.

The case is tied to hundreds of thousands of dollars in alleged bribes and kickbacks designed to influence recruits on choosing a school or an agent.