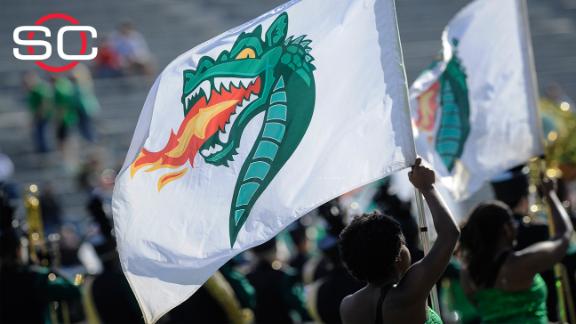 The bid to revive the University of Alabama-Birmingham football program got another boost Thursday, when the UAB athletics assessment task force announced it had gotten pledges totaling almost $6 million from supporters who want to bring back football.

"I'm overwhelmed at the support," Justin Craft, who's in charge of the subcommittee for fundraising, told AL.com Thursday night. "This is really something people want. I think Birmingham wants this program to return."

UAB also eliminated the rifle and bowling teams. School president Ray Watts announced in early December the decision to shut down the gridiron Blazers following the 2014 season, citing concern that maintaining its football program was too expensive and a losing proposition.

However, that claim was challenged by a study asserting that, in fact, football makes money for the university and that surpluses would grow in the coming years, ESPN's Tom Farrey reported in April.

On Thursday at Bartow Arena during an open forum hosted by the task force, Craft told a gathering of 200-plus people that 154 pledges had been made to the UAB Football Foundation in support of bringing back football along with women's rifle and bowling, according to AL.com.

Boosters stepped up with more pledges after language was altered on the school's gift agreements to ensure that donors had the option of having their money returned if the football program does not get revived by Jan. 1, 2016, AL.com reported. Craft said that he hoped to get all of the football pledges converted into gift agreements in the coming week.

Before Thursday's developments, task force chair and UAB national alumni president Wes Smith had previously said he was worried about the fundraising effort.

In an email Smith sent to the fundraising committee before Thursday's plethora of pledges, he said that Watts had indicated he "would consider bringing [football] back if we can show we are willing to support it at the level necessary above the institutional support that will be provided," AL.com reported.

Money pouring in to save UAB football
WIAT sports reporter Melissa Kim discusses the $6 million that supporters have pledged to bring back football at the University of Alabama-Birmingham.