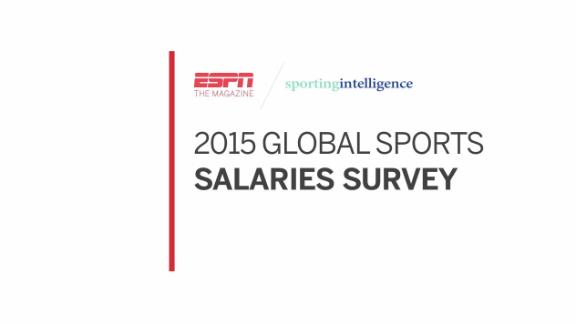 Even the New York Yankees, the storied generators of domestic dollars, share a common interest in foreign oil.

The 27-time World Series champions are among six teams in the top 10 of the ESPN/SportingIntelligence Global Salary Survey whose business relationships have been buoyed by black gold.

This group includes Paris Saint-Germain of France's Ligue 1, which finished in the survey's top spot. PSG is owned by Qatar Sports Investments, an arm of the oil-rich country's sovereign wealth fund. The average annual salary for those on PSG's roster is $9.1 million, which places the team about $500,000 ahead of La Liga's Real Madrid ($8.64 million) and the EPL's Manchester City ($8.6 million).

"Foreign ownership, and oil money in particular, has transformed elite English soccer in the past decade and is now making a significant impression in other leagues -- and sports," says the editor of SportingIntelligence.com, Nick Harris, who has compiled the survey for ESPN since 2010. "Before Qatar Sports Investments bought France's PSG in 2011, they weren't among the top 10 French clubs in all-time title wins. Now they're on a hat trick of title wins and the world's richest sports team."

But it's the NBA that has the highest average per-player salary. At $4.6 million, the NBA ranks just ahead of India's IPL cricket ($4.3 million) and MLB ($4.2 million).

The survey reveals which teams spend the most on their players, including an analysis of 333 teams in 17 major pro leagues, covering seven sports, 13 countries and 9,731 athletes who are making a combined $17.94 billion.

The amount of wealth in the sports landscape can be staggering. The Yankees are spending an average of $7.3 million per player -- yet dropped from second to ninth on the overall list this year.

Along with PSG, Real Madrid and Manchester City, which held the top three spots in the 2015 survey, popular foreign soccer clubs Barcelona ($8.1 million) and Chelsea ($7.5 million) came in fourth and eighth, respectively. Roman Abramovich, a Russian whose billions were accrued in part from oil, owns Chelsea, which has won four EPL titles in the 12 seasons he has controlled the club.

In many cases, like that of Real Madrid, oil connections are indirect. Barcelona has a sponsorship deal with Middle East telecommunications giant Etisalat and a lucrative shirt deal with Qatar Airways. Etihad Airways and investment firm Aabar, both of which are based in the United Arab Emirates, also sponsor Manchester City.

PSG, for its part, appears in the survey for the first time because of the increased relevance of Ligue 1. It would have ranked 10th last year and 67th in 2013, providing some context for its rise to the top of the 2015 survey.

To find out which teams shell out the most dough on their players, 333 teams in 17 major pro leagues, covering seven sports, spanning 13 countries, comprising 9,731 athletes making a combined $17.94 billion in salary were surveyed. Nick Harris, editor of Sportingintelligence.com, compiled the final numbers. "Average Annual Pay" is calculated from base player salaries from current or most recently completed seasons from each sport.

All totals exclude endorsements, performance bonuses, appearance fees and any other source of extra compensation. All figures converted to U.S. dollars. The lists include money paid in salaries to players who form the 'first-team squad' (active roster) across a season. Salaries for the survey are taken from the following years:

Editor's note: A different methodology was used for the nine IPL clubs on the list. Those clubs -- Mumbai Indians, Kolkata Knight Riders, Royal Challengers Bangalore, Delhi Daredevils, Chennai Super Kings, Pune Warriors, Sunrisers Hyderabad, Kings XI Punjab, Rajasthan Royals -- play a six-week season. Because the season is so short, Harris derives their placement by determining the amount a team pays out on a weekly basis and then multiples that figure by 52 weeks. Therefore, the average annual pay for these nine IPL clubs is not an amount of money that the club actually pays, but a reflection of what they would pay out to their players if the IPL had more of a year-round season. 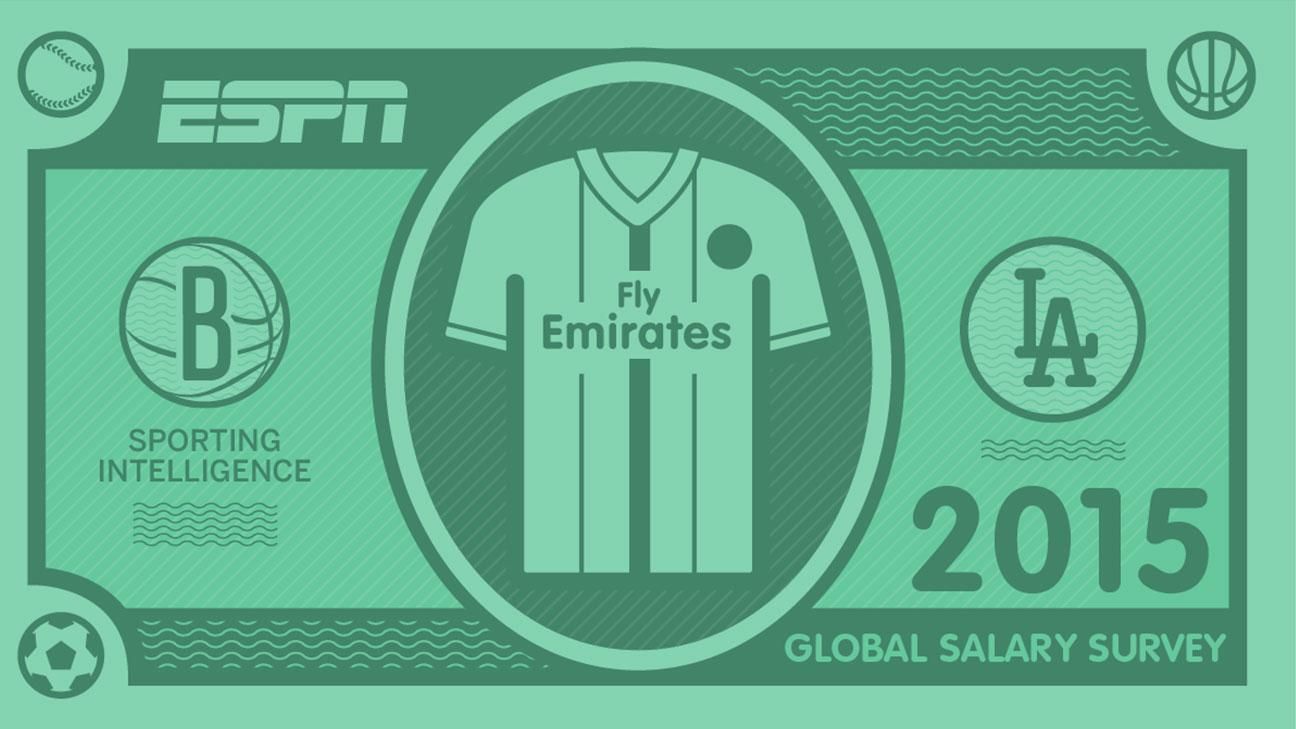