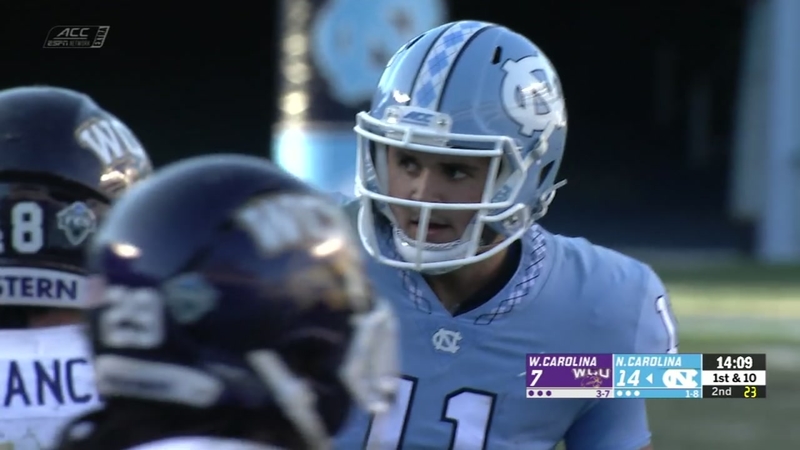 Javonte Williams rushed for 93 yards and three touchdowns for the Tar Heels (2-8), who ended a six-game losing streak.

North Carolina walk-on Manny Miles, son of former LSU coach Les Miles, threw a 38-yard touchdown pass to Jake Bargas on a Hail Mary on the final play of the first half.

The Tar Heels led 35-16 at halftime despite throwing two interceptions, losing a fumble and failing to score on two of four trips into the red zone.

Western Carolina (3-8) ended its season with its eighth consecutive loss.

Tyrie Adams passed for 290 yards and rushed for 104 yards and two touchdowns for the Catamounts.

Western Carolina: The overmatched Catamounts had little chance in this one as they limped to the finish line of their season, but they delivered a better performance than they did in their 65-10 loss at North Carolina last year.

North Carolina: Near the end of a second consecutive rough season, the Tar Heels took out some frustration. North Carolina improved to 8-0 under coach Larry Fedora against teams from the Football Championship Subdivision, winning those games by an average of almost 37 points per game.

Western Carolina: The Catamounts begin getting ready for 2019.