Teddy Bridgewater: 'My purpose will not be denied' 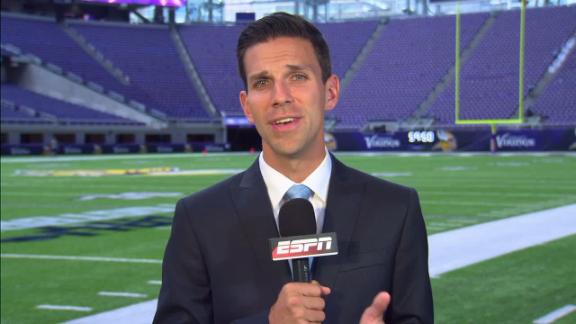 ESPN
By Ben Goessling
MINNEAPOLIS -- Minnesota Vikings quarterback Teddy Bridgewatervowed Thursday he will be back -- two days after suffering a season-ending knee injury in the team's final preseason practice.

Bridgewater, who suffered a dislocated left knee, a torn ACL and other structural damage during a non-contact drill during practice, referenced his mother Rose Murphy's successful fight against breast cancer and said he would attack his rehab with "the same vigor and energy."

"I want to thank the Wilf family and the entire Vikings organization, all of my teammates, friends, Eric Sugarman and the amazing Vikings athletic training staff and the fans who have sent me messages and wished me well," Bridgewater said in a statement. "Your thoughts and prayers mean a lot to me and have helped me in this difficult time. There are great players and great leaders in our locker room who are going to fight to the end to reach the goals we set for 2016. I will be there mentally, physically and in spirit to support them accomplish those goals.

"In order to have a testimony, you have to have a test. I come from amazing DNA, I watched my mom fight and win against breast cancer. We will, as a team, attack my rehab with the same vigor and energy. My faith is strong, my faith is unwavering and my vision is clear. My purpose will not be denied."

A team official said Bridgewater gave the team a handwritten draft of the statement. The Vikings posted, with only a couple of minor edits, what Bridgewater had written down on paper.

The quarterback's injury put a stunning and abrupt end to the Vikings' practice on Tuesday, with several teammates throwing their helmets and shouting expletives as others dropped to a knee in prayer after Bridgewater went down. The team's athletic training staff quickly fitted Bridgewater with a vacuum splint, and the quarterback was taken by ambulance to a nearby hospital after the team diagnosed him with a dislocated knee. In his statement on Tuesday night, Sugarman -- the Vikings' head athletic trainer -- said Bridgewater had not suffered any nerve damage as a result of the dislocated knee.

Adrian Peterson, Terence Newman, Kyle Rudolph, Brian Robison, Captain Munnerlyn, Everson Griffen and quarterbacks coach Scott Turner went to see Bridgewater in the hospital on Tuesday, and the quarterback was able to talk to a number of players at the team facility on Thursday. After seeing him absorb such a traumatic injury, players said the hospital visit did almost as much for them as it did for Bridgewater.

"[Bridgewater was] joking around with Adrian, [saying] 'When I get back, I'm going to win the MVP, too [like Peterson did after knee surgery in 2012],' " Rudolph said. "[To hear him] talking about how he was going to battle his rehab, to see him in such high spirits definitely was good."

Coach Mike Zimmer said he also went to see Bridgewater in the hospital, and when the coach wandered into the training room on Thursday, it was like everything was normal.

"There were probably 20 guys in there and they're all sitting on the training tables talking to him, joking around like they always do," Zimmer said. "It was good for not only us, but for Teddy as well."

With backup Shaun Hill becoming the starting quarterback, Joel Stave and Sorensen got most of the work in the Vikings' final preseason game against the Los Angeles Rams on Thursday, a 27-25 win for Minnesota. Stave suffered an undisclosed injury to his left hand. 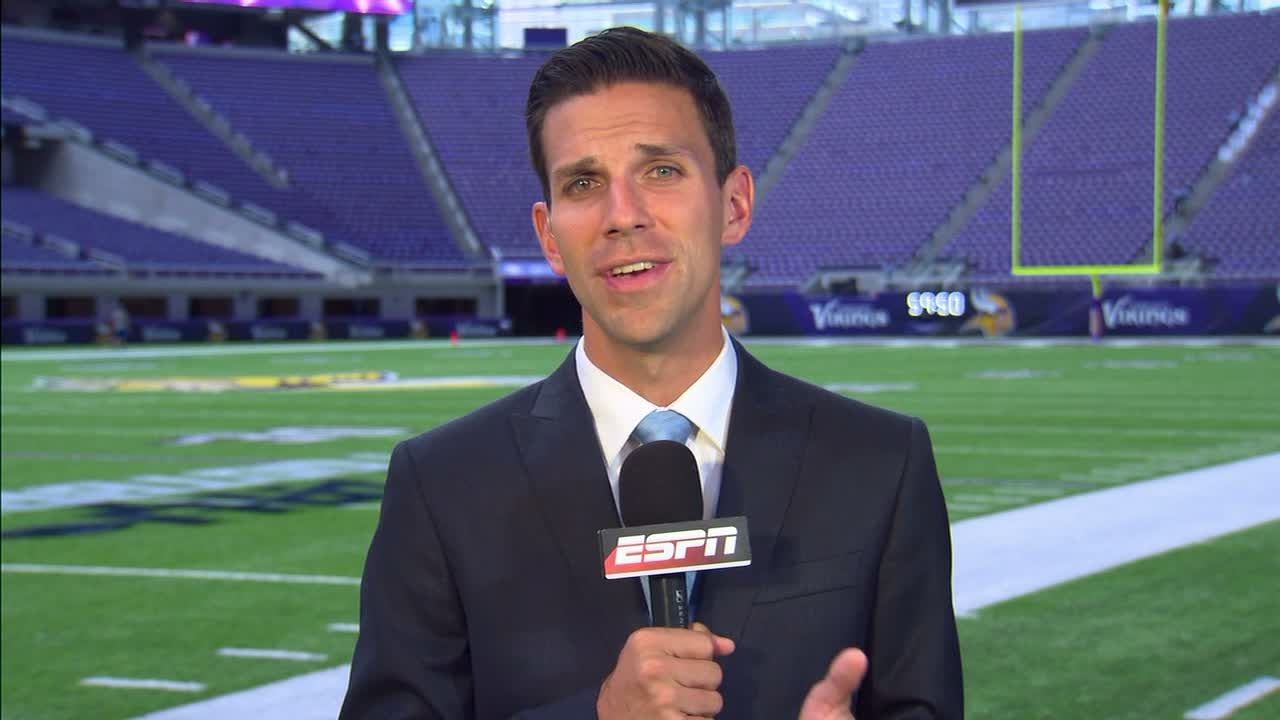