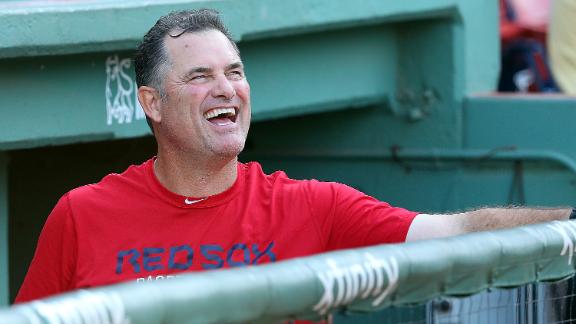 The Boston Red Sox announced Thursday that post-treatment testing has revealed manager John Farrell is in remission from non-Hodgkin's lymphoma.

Farrell, 53, went on medical leave on Aug. 14 after the cancer was discovered during hernia surgery in Detroit.Bench coach Torey Lovullo took over for him temporarily and the Red Sox finished 28-20 but couldn't avoid their third last-place finish in four seasons.

"I am extremely thankful for the outpouring of support I have received from the Red Sox, my family, friends, and fans throughout this process," Farrell said in a statement. "I am also especially thankful for the talented doctors who cared for me in Detroit and here at [Massachusetts General Hospital]. I look forward to getting back to work and bringing another championship back to Boston."

The Red Sox announced earlier in October that Farrell will return as manager in 2016.

"We are thrilled to hear the great news about John today," Dave Dombrowski, Red Sox president of baseball operations, said in a statement. "Foremost, we are extremely happy for him and his family, knowing what he has gone through over the past two months. We all admire him for his strength and courage and look forward to having him back as our manager."