The best of the Final Four: Teams that most exceeded oddsmakers' expectations

We often say nothing surprises us come bracket time in March, and I agree with that sentiment -- college kids with emotions running high on the biggest of stages ... just about anything can (and does) happen during the NCAA basketball tournament. No one is immune to being caught off guard, but there is one group of people who make a living by NOT being surprised. One group of people who have their hand on the pulse of both the teams and the public.

Yes, I'm talking about the bookmakers in Las Vegas.

As we prepare for what would have been Final Four weekend, it got me thinking about what teams -- since the field expanded in 1985 -- were most underrated by the oddsmakers. To find the answer, I compared the point differential for those 140 teams in their tournament games leading into the Final Four to their spread total in those games ("Differential"). (Point spreads are from the ESPN Stats & Information database.)

Who was the most dominant team in terms of overachieving what the smart folks in the desert had them evaluated as? Here are the top 10:

*This VCU team benefited from an extra game (First Four), but even if we remove that result, the Rams are 10 points clear of any other Final Four team.

Not shockingly, few high seeds made that list. The place many of those top seeds can be found is in the bottom-10 portion of this metric:

It follows that most of the all-time March Madness teams occupied one of the first three seed lines, so here are your top five teams by seed in those spots if you're trying to truly determine the most dominant team of all time:

For my money, it's tough to argue against 1993 Kentucky as the most dominant team through the first two weekends since the field expanded to 64 teams. The Wildcats won all four games by at least 20 points (favored by more than 12 points just once), and most of the games weren't that close. Jamal Mashburn & Co. beat Rider (winner of eight straight) by 44, cruised past Utah (a team that was ranked ninth in the country at one point after a 17-1 stretch) by 21 and demolished Wake Forest (a top-16 team in each of the final seven polls of the season) by 34. Then Kentucky handled 3-seed Florida State (a team with five future pros, led by a Sam Cassell/Bob Sura backcourt that averaged 38.2 points, 10.4 rebounds and 7.6 assists) by 25. Yeah, that'll work.

This team never once fell out of the AP top five, and while the season obviously didn't finish how UK fans would have liked, those Wildcats get my vote for the most dominant team through two tournament weekends in the modern era. 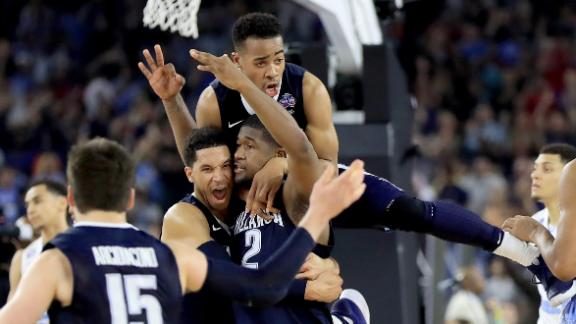