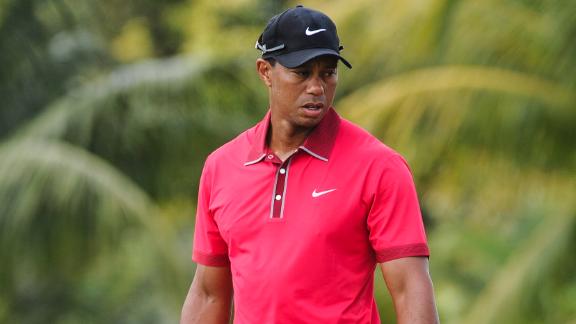 Tiger Woods has progressed to the point of "light" chipping and putting and there have been "zero" setbacks or complications since back surgery was performed on March 31, according to the golfer's agent, Mark Steinberg.

Woods had a surgery called microdiscectomy to alleviate a pinched nerve that caused him distress at his last two tournaments and forced him to miss the Masters for the first time in 20 years. Steinberg said then the hope was for Woods to return sometime this summer and he didn't waver from that in a telephone interview Wednesday.

"He's doing a little bit more and more each day," Steinberg told ESPN.com. "He's getting to the point of light chipping and putting and the doctors and trainers seem to be pleased with where he is. He is on schedule but we don't know what that schedule means. I don't know when he intends to be playing competitively.

"But I expect it to be this summer. I know that's a wide range, but as the weeks go by we'll be able to pinpoint an approximate time. It's still a little early for that. Nothing that has gone on from the day of the surgery until today gives me any pause to amend what I said then. I know that's broad and vague but we can't pinpoint a specific time until we're further along."

Woods, 38, played in just four tournaments this year with the first signs of trouble emerging at the Honda Classic on March 2. It was during the final round that his back started bothering him, and Woods withdrew after 13 holes.

A week later he competed in the WGC-Cadillac Championship at Doral, shooting a third-round 66 to get into contention. But the back issues surfaced again during the final round, and although Woods finished, he shot 78 and didn't make a birdie.

That round was on March 9 and he hasn't played since.

Woods subsequently skipped his title defense at the Arnold Palmer Invitational, then announced a week prior to the Masters that he'd be missing the tournament he's won four times due to the back surgery.

"The level of discomfort he was in prior to having this was incredibly high," Steinberg said. "That pain went away close to right after the surgery. The pain was mostly from the surgery itself. But the pain he was in and causing him to force the surgery is gone."

Woods would appear to be in a similar situation he faced in 2011, when knee and Achilles injuries caused him to miss most of four months, including two major championships.

That year, Woods came back a month after the Masters and withdrew after nine holes at the Players Championship, saying later he was too hasty in his efforts to get back. Steinberg said that would not be the case with this recovery.

Woods was the PGA Tour player of the year in 2013, when he won five times. He missed a title defense at the Arnold Palmer tournament and will again in two weeks when the Players Championship is contested without him.