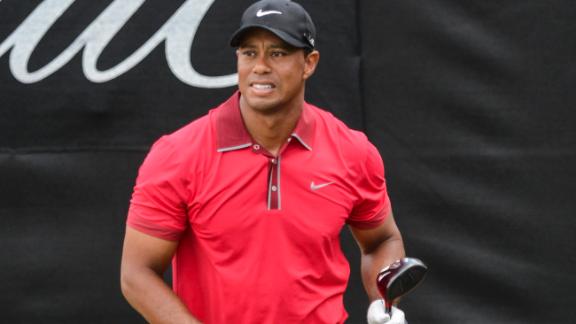 DUBLIN, Ohio -- Tiger Woods will miss his second consecutive major championship as he recovers from back surgery that has him on an indefinite leave from the game.

Woods announced on his website that he would be skipping the U.S. Open in two weeks.

"Unfortunately, I won't be there because I'm not yet physically able to play competitive golf," said Woods, who will miss his sixth major due to injury as a professional. "I'd like to convey my regrets to the USGA leadership, the volunteers and the fans that I won't be at Pinehurst.

"The U.S. Open is very important to me and I know it's going to be a great week. Despite missing the first two majors, and several other important tournaments, I remain very optimistic about this year and my future."

Woods has not played since the WGC-Cadillac Championship on March 9. He had surgery to alleviate a pinched nerve in his back on March 31, causing him to miss the Masters for the first time in his career.

Since winning the 2008 U.S. Open -- the last of his 14 major titles -- Woods has missed four other majors, two that year following knee surgery and two in 2011 due to knee and Achilles injuries.

With his inactivity, Woods has dropped to No. 3 in the world behind Adam Scott and Henrik Stenson.

At media day for the Quicken Loans National last week, Woods said he had not progressed beyond chipping and putting and declined to guess when he might return to competitive golf.

"There's no date, there's no timetable, just taking it day by day and just focusing on trying to get stronger and come back," he said at Congressional Country Club on May 19. "I want to play today, but that's just not going to happen. So just taking it step by step."

Woods called Jack Nicklaus on Wednesday morning to express his regrets over not being able to compete at this week's Memorial Tournament, which he has won five times.

"It was a very, very nice call, wishing me well [with] the tournament, sorry he couldn't be here," Nicklaus said. "He said he's doing well, progressing well, and he's looking forward to getting back into the game. He misses it."