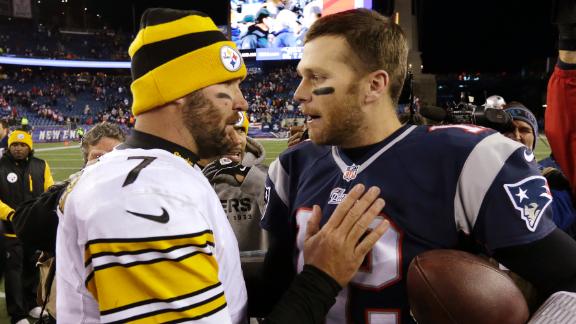 New England Patriots quarterback Tom Brady had his four-game suspension nullified by a federal judge Thursday, and Las Vegas sportsbooks reacted by reinstalling the Patriots as the co-favorites in the AFC and bumping up the point spread in next week's season opener against the Pittsburgh Steelers.

With backup quarterback Jimmy Garoppolo expected to start, the Patriots had been listed as three-point favorites over the Steelers for months. They were moved back to 6.5-point favorites Thursday morning at Nevada sportsbooks William Hill and CG Technology, similar to where they were months ago when the earliest NFL lines were released.

In April, a day after the NFL regular-season schedule was announced, the Westgate Las Vegas SuperBook opened the Patriots as six-point home favorites over the Steelers.

Just weeks later, on May 11, NFL commissioner Roger Goodell announced Brady would be suspended for his alleged role in the Deflategate controversy, causing the point spread to fall to as low as NE -1. In anticipation of an appeal from Brady, the SuperBook elected to take the game off the board. Other shops kept it up, though, with the Patriots listed as three-point favorites all the way up until Thursday's ruling.

The Patriots, always one of the most heavily bet teams, attracted the bulk of the early action. As of Thursday morning, the Patriots-Steelers game had generated three times more bets than any other Week 1 game at William Hill. Eighty-one percent of the money that had been wagered was on New England, according to William Hill director of marketing Michael Grodsky.

MGM vice president of race and sports Jay Rood said he had taken twice as much money on the Patriots as the Steelers at his book, including a mid-five-figure money-line bet on New England -155 in early August.

At the MGM, the Patriots were in the top five in terms of number of bets and the amount of money wagered on the book's odds to win the Super Bowl.