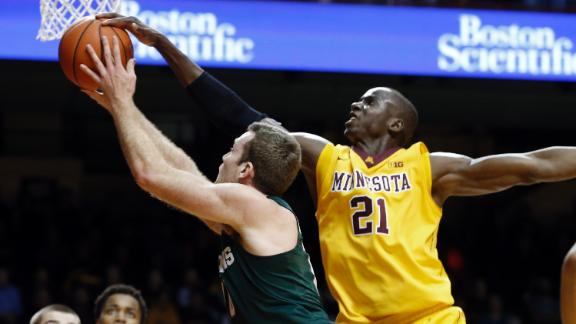 MINNEAPOLIS -- After No. 1 Michigan State's 69-61 winoverMinnesota on Saturday, star guard Denzel Valentine presented the game ball to Tom Izzo in honor of the longtime coach's father, Carl Izzo, who died last week at the age of 90.

Players and coaches said the postgame presentation was an emotional moment for the team, which hasn't been home in nearly a week.

Valentine said the gesture helped him express his sympathy for Izzo's loss. He said he spoke to the team and coaching staff before he handed Izzo the ball.

"He's been going through a rough week," said Valentine, who gave Izzo the game ball in the team's locker room. "I can't imagine what he's going through. Losing his father and then having to travel for a whole week. Everything that went on this week, it's probably rough. I'm just happy he got the game ball. ... It was tough to come up with some words, but I talked from my heart and send my condolences out to him and his family."

Izzo was set to fly to Iron Mountain, Michigan, on Saturday night and attend his father's funeral Sunday.

Saturday marked the conclusion of an emotional week for the team and coach.

After suffering an 83-70 loss at Iowa in their Big Ten opener, the Spartans flew to Dallas to attend Michigan State's football game against Alabama (a loss in the College Football Playoff Semifinal at the Goodyear Cotton Bowl Classic) and then to see former star Draymond Green's Golden State Warriors face the Dallas Mavericks.

The team then flew to Minneapolis on Thursday night in advance of their game against the Golden Gophers.

On Friday, Izzo spent some time with Ryan Saunders, the son of his friend and former Minnesota Timberwolves coach Flip Saunders, who died of Hodgkin's lymphoma at age 60 in October.

Valentine, who missed his third consecutive game Saturday due a knee injury, said he first spoke with Michigan State athletic director Mark Hollis before he moved forward with his plan to give Izzo the game ball. Hollis then worked with Minnesota officials, who agreed to give the game ball to the Spartans in honor of Izzo's father.

"It was emotional because it's been a rough trip, with his dad dying right before he left, losing to Iowa how we did, going to Dallas, which was an awesome experience, and then getting blown out [at Iowa]," said forward Matt Costello, who finished Saturday's game with 17 points and 15 rebounds. "Just to finally get the win and have something positive, it was good." 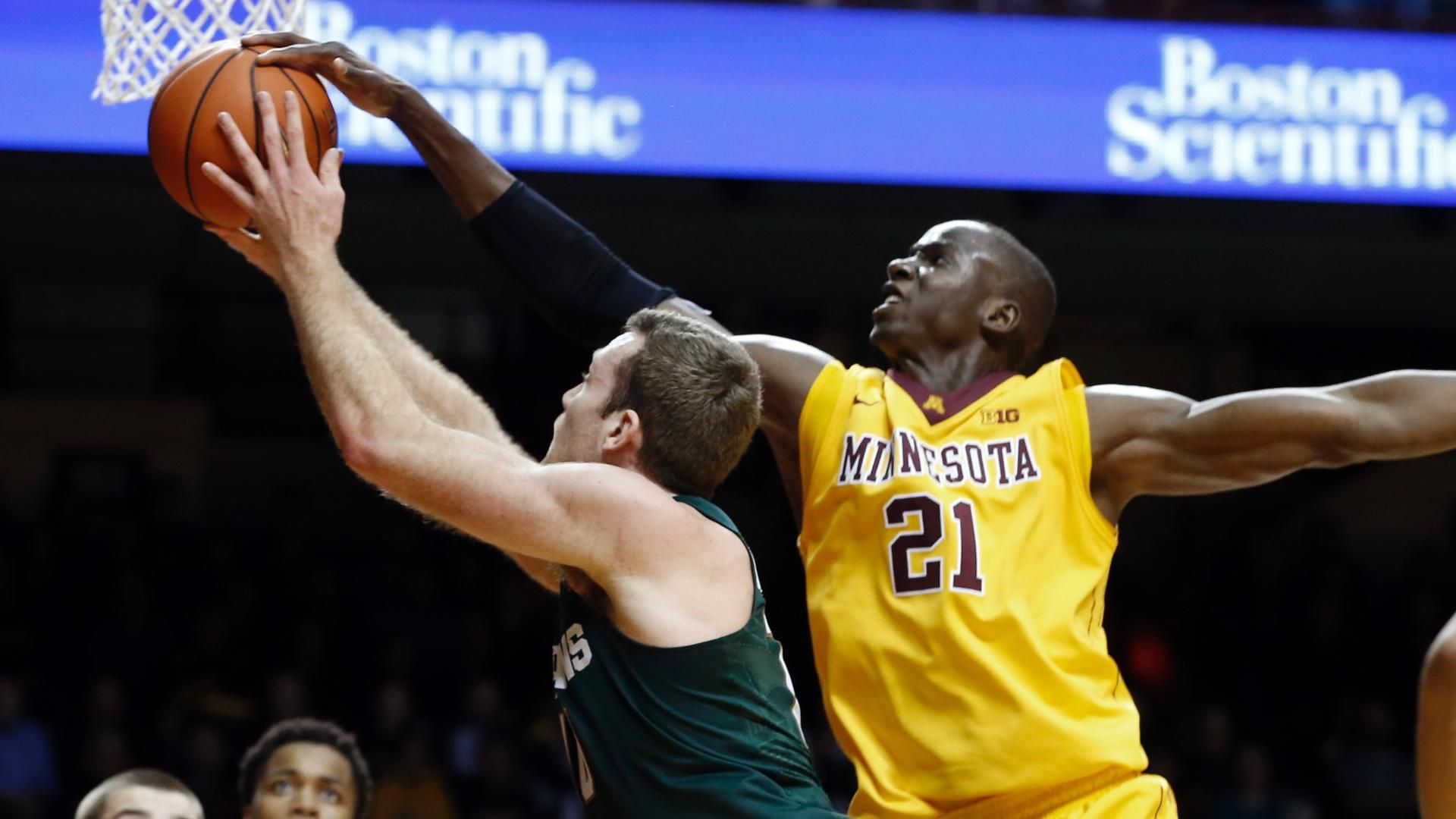