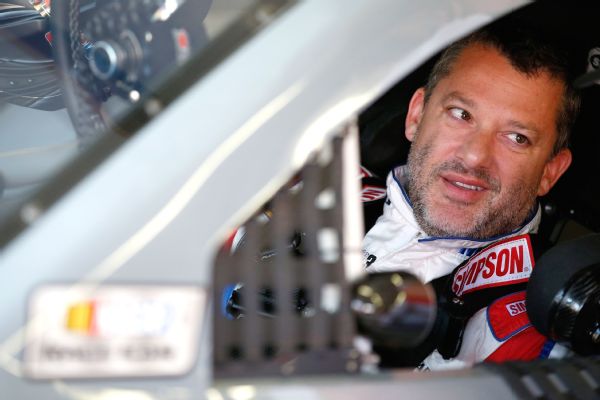 HOMESTEAD, Fla. --Tony Stewart doesn't plan to compete in another Sprint Cup race after Sunday as he has a diverse plan for life after driving at NASCAR's top level.

From immediate plans to replace his cellphone that he believes was stolen Thursday to future plans of what sprint-car races he runs, Stewart has too much to do to think about racing a Cup car again, even in a substitute role. He doesn't anticipate doing a Jeff Gordon-- who has run eight races in a substitute role for Hendrick Motorsports driver Dale Earnhardt Jr.-- even if one of his Stewart-Haas Racing drivers needs a replacement.

"I'm good. This is it. This is the last one," Stewart said before practice Friday at Homestead-Miami Speedway. "I think I learned a lesson from Jeff. Jeff tried to do somebody a favor this year and got roped into running half the season.

"Thank you, Jeff, for teaching me a lesson. ... We're going to be busy. I don't have a schedule set [for] next year, but I just know the things that I'm planning, my schedule next year is going to be much busier than it already is this year."

Stewart enters the end of his 18th season Sunday with three championships and 49 victories. He is 15th in the Cup standings this year.

"I'd be lying if I said I wasn't disappointed that I hadn't won a Daytona 500, a Southern 500 and most of all an Indy 500," said Stewart, who has ruled out a return to Indianapolis Motor Speedway. "I look at it, and I look at where I was when I was 15 years old and 18 years old. I never even thought I would get a chance to race those three races let alone in all three of them have opportunities to have won the race."

Stewart's final Cup weekend didn't start off all that great. He said he was at a carnival and was about to leave when he realized his cellphone was missing.

"We had bumped into some people ... and I'm fairly certain that's when it went in a different direction," he said. "It was kind of fun because they have that find my iPhone app, and we went chasing people forever until we realized they were in the parking lot and they got in the car and they were gone.

"I hit 'block' on it and deleted it, and now I've got to get a new phone, which is devastating. I do everything off of my cellphone. My life is on that cellphone. I start my life over tomorrow."

Stewart doesn't have any plans for a huge send-off. He said he will get 25 helmets from other drivers, including the helmet Carl Edwards wore when Stewart beat him for the Cup title by winning the 2011 season finale at Homestead.

"Tony expressed how special helmets are to him. ... I hope he knows, and I think he does, how special that is for me. I don't think I've ever given away one of my race helmets to anyone, so that was pretty cool."

The gift giving Friday at Homestead included a gun. When Richard Petty won his 200th race, Petty Enterprises had 200 guns made to commemorate the victory. Petty kept the first one made and the 43rd. On Friday, he gave the first gun to Stewart. The other guns belong to Petty Enterprises team members.

About the only thing better that Stewart could get this weekend would be his old cellphone.

"It's been a hell of a start to the weekend to get your phone stolen," Stewart said. "Probably the biggest thing that was disappointing last night when I realized my phone was stolen was the fact I was in the process of answering text messages from people.