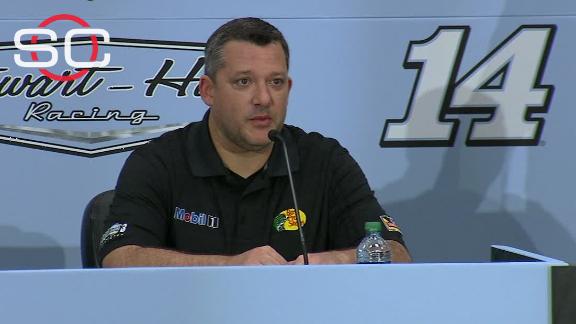 KANNAPOLIS, N.C. -- Tony Stewart, a passionate racer whose skill and tenacity led him to three Sprint Cup titles, will end an 18-year career of Sprint Cup racing following the 2016 season.

In announcing his retirement on Wednesday, Stewart said he made the decision not because he is mired in the worst slump of his career. That he broke his leg in 2013 and suffered the emotional toll of his involvement in the death of Kevin Ward Jr., both in sprint car events, were not factors, he said.

For Stewart, nicknamed "Smoke," it was just time.

"Deep down, you know when it's time to do something different and make a change like this," Stewart said during a news conference at the Stewart-Haas Racing shop. "It's kind of a bittersweet day. ... It's not performance-based, it's just time to do what we're doing."

Clint Bowyer will replace Stewart as the driver of the Stewart-Haas Racing No. 14 car in 2017. Stewart will continue to be heavily involved in NASCAR as a car owner and plans to continue to race in other series in a variety of vehicles.

The 44-year-old Stewart (he'll be 45 when he retires) ranks 13th all-time with 48 career Sprint Cup victories, but has won only once in his last 101 races and currently is on a 69-race winless streak, the longest of his career. He had won in each of his first 15 seasons of Cup competition but has not won since Dover in 2013, a season when he missed the last 15 races with a broken leg.

He failed to win in 2014, a year when he missed three races after the sprint car he was racing struck and killed the 20-year-old Ward, who had approached Stewart's car on foot after a crash. Stewart has not raced a sprint car since the Aug. 9, 2014, tragedy.

Stewart was adamant that neither the physical effects of the injury nor the emotional impact of the tragedy played a role in his decision.

"Zero percent -- not 1 percent of it has anything to do with it," Stewart said. "This is strictly what I want to do. My leg feels fine. There is nothing wrong with my leg. The tragedy, nothing is going to change that. It happened, but it's not going to direct the rest of my life.

"I'm still going to race when I want to go race."

Stewart not only owns sprint cars, he owns a dirt track -- Eldora Speedway -- that has major sprint car and stock car events. He also owns a sprint car series.

Those racing ventures already fill up some of Stewart's time, and he can devote more time to racing projects -- and more purely fun events -- after his retirement. He said after many races this year, he had considered retiring after this season but that he saw how much Jeff Gordon's fans enjoyed and embraced coming to races for Gordon's last season and wanted his fans to experience that.

"It was a choice that was 100 percent mine," said Stewart, whose racing sponsorships run through next year. "There wasn't any pressure from anybody. ... There have been more challenges in the last couple of years that have distracted from [my fun racing] a little bit, but it's still fun. If it wasn't fun, I would just walk away from it."

There might have been some pressure from Bowyer, whose Michael Waltrip Racing team announced in August that it would close after this season. In the first year of a three-year deal, Bowyer all of a sudden found himself without a ride.

Bowyer, who has eight career wins and was runner-up for the Cup title in 2012, wouldn't talk Wednesday about his 2016 plans. He has a news conference scheduled for Friday, and sources said he'll announce that he will spend 2016 driving for HScott Motorsports.

"I don't think I got fired; it just went away," Bowyer said with a laugh about how he ended up at SHR. "And somehow you landed in a way better situation. Do you ever hear that term when you fall in a pile of cow manure and come out smelling like roses? That's exactly what this is for me."

The outgoing and happy-go-lucky Bowyer joins a stable of characters at SHR, which fields cars for Kevin Harvick, Kurt Busch and Danica Patrick.

"I've known about this for a while and really struggled to put my arms around what I think about it," Harvick, who won a Cup championship for SHR last season, posted on Instagram. "I've seen Tony as my driver, my boss and my friend, but in the end I want to see him smile and be happy in his life."

The winner of the Indy Racing League title in 1997, Indiana native Stewart began a transition to NASCAR in 1998 as he competed part time in what is now the Xfinity Series. He moved to full-time competition with Joe Gibbs Racing in 1999.

Stewart won two of his three titles driving for Gibbs, the first in 2002 and another in 2005, the second year of the Chase for the Sprint Cup era. He was given 50 percent ownership in Haas CNC Racing following the 2008 season, and the organization was renamed Stewart-Haas Racing. Stewart won four races in his first season as a driver/owner and a title in his third season as a driver/owner. The championship was especially dramatic, as he followed a relatively mediocre regular season with five wins in the 2011 Chase, capped with a victory in the season finale at Homestead-Miami Speedway to tie second-place Carl Edwards for the title and winning the championship thanks to having more wins.

Stewart called that 2011 championship "hands down" his greatest accomplishment. But two major NASCAR wins have eluded Stewart -- the Daytona 500 and the Southern 500 at Darlington.

"It's already there; we've already been doing it. It's just a change in direction on the Cup side." 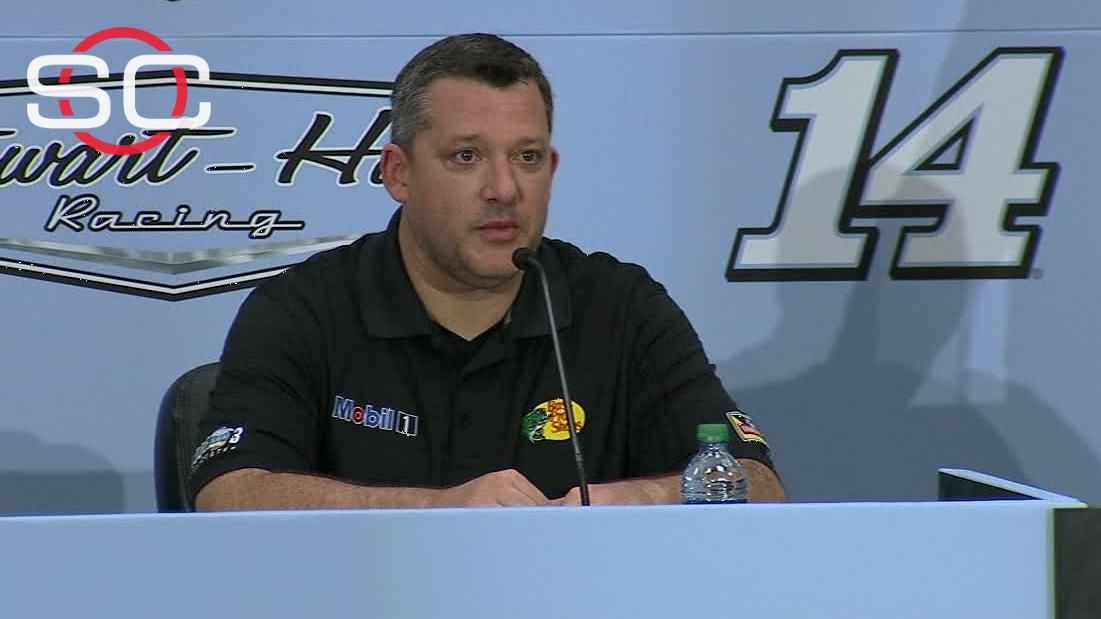