ESPN
By Andy Katz
NEW YORK -- Wichita State was the most discussed team during the bracketing procedure this week, ultimately being a No. 10 seed, because the Missouri Valley Conference champions had one win against the field in South Dakota State, NCAA tournament chair Mark Hollis told ESPN during a sit-down interview Sunday night.

"[Wichita State] had high metrics,'' said Hollis, the Michigan State athletic director. But that one win against the Summit League champion Jackrabbits was the only one against the NCAA tournament field.

"You look at the full résumé, like every team,'' he said.

Hollis said Duke was not close to being a No. 1 seed or even the top No. 2 because the Blue Devils were "stopped" by Arizona and Kentucky, two No. 2 seeds who won the Pac-12 and SEC regular-season and conference tournaments, respectively.

Hollis said Duke started the week as a No. 4 and ended as the third No. 2 seed in the field.

Sunday's title games didn't have as much drama as expected. Hollis said the American Athletic Conference title game between SMU and Cincinnati had no effect on the bracket. Both were seeded No. 6 in the field, with SMU in the East and Cincinnati in the South. Meanwhile, Wisconsin was a No. 7 seed andMichigan a No. 8 seed prior to the Big Ten tournament title game. Hollis said the result forced a switch of the two schools.

NCAA officials said there was a switch in opponents with the First Four due to a scheduling quirk. Originally, the committee had Providence playing Wake Forest and USC playing Kansas State. But a Providence play-in win would have meant a matchup withCreighton in a 6-seed vs. 11-seed game, and teams from the same conference can't face off in the first round. So the matchups were switched, with Providence playing USC and Kansas State playing Wake Forest. The committee also had to make sure USC was playing on Wednesday in Dayton, instead of Tuesday, since the Trojans were coming from Los Angeles. The same was true for No. 16 UC Davis.

Hollis said the reason for eliminating Syracuse was based on a weak nonconference schedule and a 2-11 record on the road.

"They didn't win big games outside of the Carrier Dome,'' he said.

Meanwhile, NCAA officials said here Sunday that teams in the Northeast are likely to travel Monday to their respective sites due to the pending winter storm on Tuesday. Teams heading to Buffalo are asking to travel on Monday. 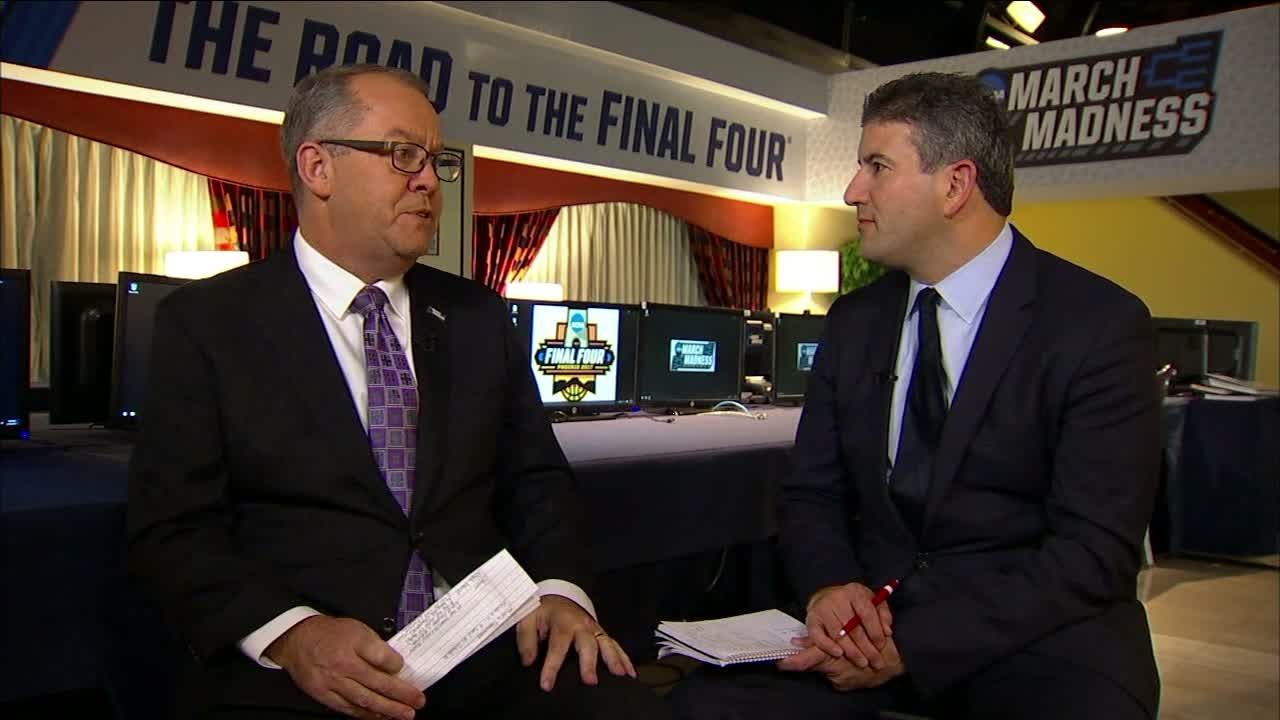