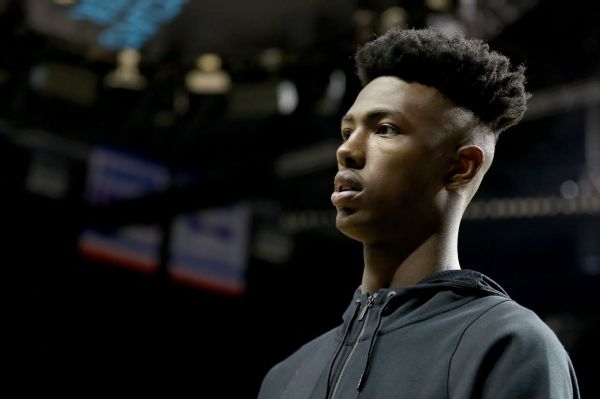 Duke big man Harry Giles, the top-ranked player in the freshman class, made his college debut Monday night against Tennessee State, entering the game with 11:27 left in the first half.

Giles finished with no points, no rebounds and 0-for-1 shooting in four first-half minutes, but his return gave the Blue Devils the full complement of star freshmen who made the team No. 1 in preseason polls.

"First game, that was just shaking the rust off and getting the kinks out,'' Giles said. "I think each day, each game, each practice, I'll get better.''

The 6-foot-10 Giles, who dealt with several knee injuries in high school, missed the team's first 11 games of the season after undergoing a procedure in October. Duke was without two other heralded freshmen -- Jayson Tatum (ESPN No. 3) and Marques Bolden (No. 16) -- for the first eight games because of foot injuries.

Duke announced in early October that Giles would miss about six weeks after arthroscopic surgery on his left knee.

Giles missed his entire sophomore season in high school after he suffered a torn ACL, MCL and meniscus in his left knee while playing for the U.S. in international competition. He returned for his junior season and reclaimed the top spot in the rankings but suffered a torn ACL in his right knee less than two minutes into his senior season and missed the remainder of the season.

Duke's 65-55 win over Tennessee State was Giles' first game in more than 13 months. It was also the first time that Duke coach Mike Krzyzewski got a look at the team that nearly everyone ranked No. 1 in the preseason. The Blue Devils are 10-1, with the lone loss coming on a last-second shot by Kansas' Frank Mason III at Madison Square Garden.

Krzyzewski said after a win over Florida in New York on Dec. 6 that his hope was to play Giles in this week's nonconference games against Tennessee State and Elon prior to ACC play beginning Dec. 31 at Virginia Tech. Giles was able to go through multiple practices over the weekend and should see limited minutes against Elon.

With the freshmen out of the lineup early and Grayson Allen battling foot injuries, sophomore Luke Kennard and senior Amile Jefferson have carried much of the load. Kennard leads the team with 20 points per game, and Jefferson is averaging 15.1 points and 10.5 rebounds. Tatum is averaging 15 points and seven rebounds in his three games since returning, while Bolden has struggled and is still working his way back into shape. 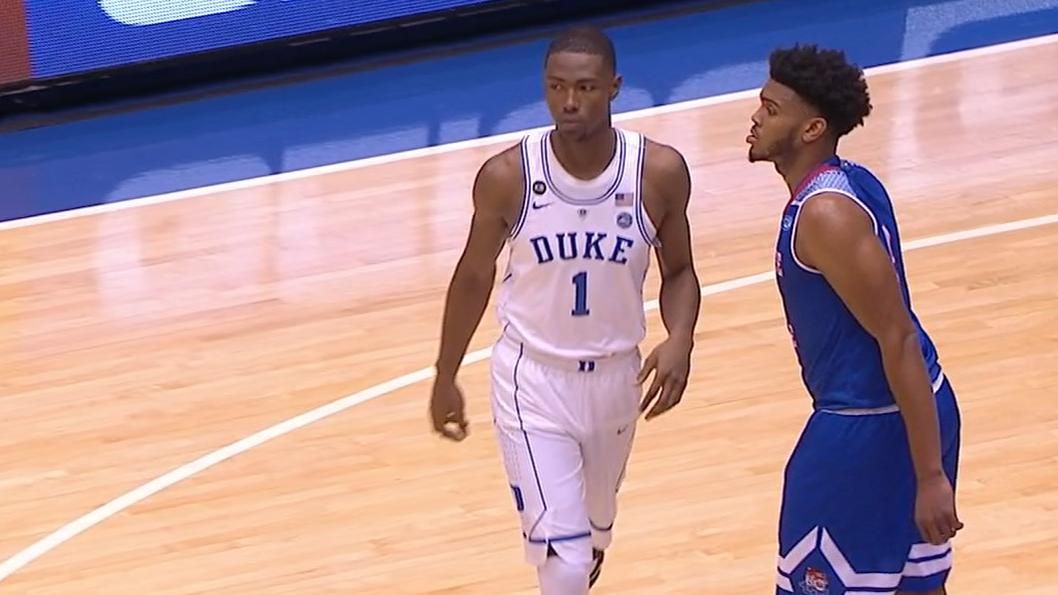