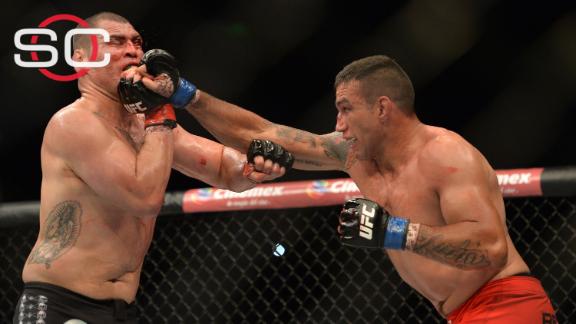 MEXICO CITY -- For the second time in five years, Fabricio Werdum has submitted the best heavyweight in the world.

Werdum (20-5-1) shocked Cain Velasquez at UFC 188 on Saturday night, submitting the two-time UFC heavyweight champion at 2:13 of the third round via guillotine choke at the Mexico City Arena.

The victory comes almost exactly five years after Werdum earned a stunning upset against all-time heavyweight great Fedor Emelianenko under the Strikeforce banner in 2010. Both Emelianenko and Velasquez were widely considered the best heavyweights in the world at the time of their respective losses.

With the win, Werdum unifies the UFC's heavyweight titles and becomes the promotion's undisputed champion. He claimed an interim title by knocking out Mark Hunt at UFC 180 in November.

"I was [in Mexico] for 34 days," Werdum said. "Adjusting to the altitude is very hard. I had a good strategy. I just have a big dream and I got it today."

Velasquez (13-2), whose parents are Mexican, apologized for the performance. It was his first appearance since October 2013 due to a knee injury. The 602-day layoff was the longest of his career.

"Sorry to everyone here," Velasquez said. "It was my dream to fight here and win in front of everyone. I didn't do it tonight and I'm sorry. I will be back more motivated and win that belt again."

The finish began with a double leg takedown attempt by Velasquez in the center of the Octagon. The usually dominant Velasquez was beat up at that point, however, after absorbing 103 total strikes on the feet, according to Fightmetric. Werdum fell to his butt and immediately caught Velasquez in the choke, which he eventually tapped to. It is the seventh submission win of Werdum's career.

The real story of the fight was not Velasquez's Brazilian Jiu-Jitsu, but his massively improved striking. He stood up to Velasquez's pressure throughout the contest, consistently scoring with the jab. He opened a cut near Velasquez's left eye early in the first round and dropped him with a knee to the chin in the second.

The high pace of the bout, usually a benefactor for Velasquez, clearly favored Werdum. Afterward, Velasquez, who trains in San Jose, admitted he might not have acclimated to the altitude in time.

"Two weeks, I was out here training for this fight," Velasquez said. "I guess it wasn't enough."

Unlike the Emelianenko win, which lasted only 69 seconds, this was a grueling victory for Werdum. Velasquez lit him up with right hands during several exchanges and even dropped him moments into the fight, although it appeared Werdum mostly fell off-balance and wasn't in danger of going out. Velasquez scored several takedowns in the first two rounds, but mostly stayed away from Werdum's guard. He followed him to the floor once for a brief spell in the third round, but Werdum avoided taking damage and got back to his feet.

The Thai clinch, as it has been in so many of his fights, was one of Werdum's better weapons. He hurt Velasquez several times with knees and came close to finishing him with strikes late in the second round.

When asked to compare his win over Emelianenko and Saturday's title-clinching effort, Werdum said Saturday's victory meant more because of the title attached.

"For sure, when I fought against Fedor in 2010 it was an amazing fight," Werdum said. "this moment today is the best moment of my life because I beat the best in the world in the UFC."

The win completes a Cinderella story of sorts for the 37-year-old Werdum, whom the UFC released in 2008 following a first-round knockout loss to Junior dos Santos. Since the loss, Werdum is 9-1, including a six-fight winning streak in the UFC. Velasquez suffers his first loss since November 2011.

UFC president Dana White was non-committal on what's next for Werdum, but did say the result should shake up the division, which Velasquez had already started to clean out. 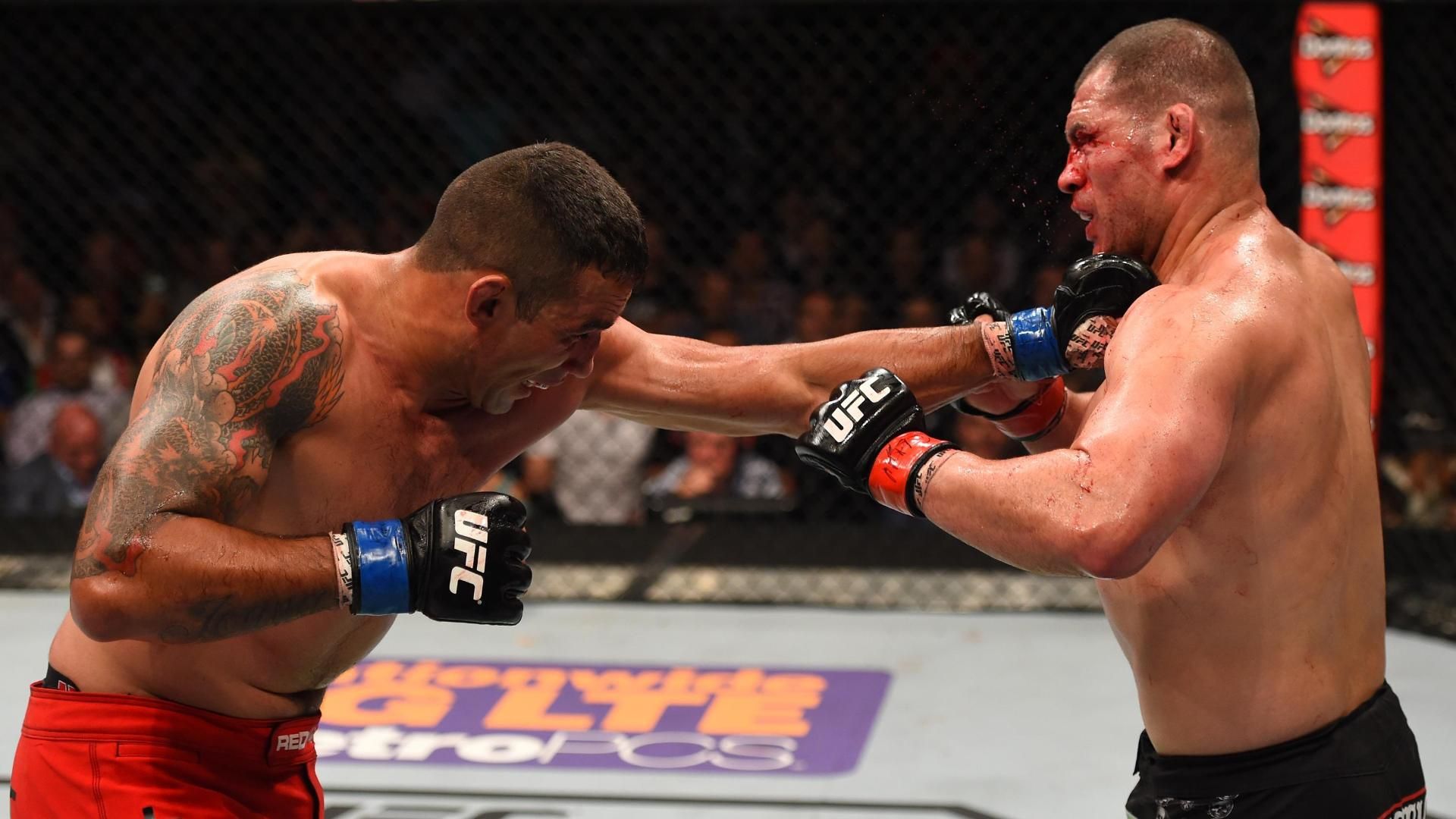