'It's about all of us together': UNC enters first-of-its-kind partnership to compensate former athletic stars 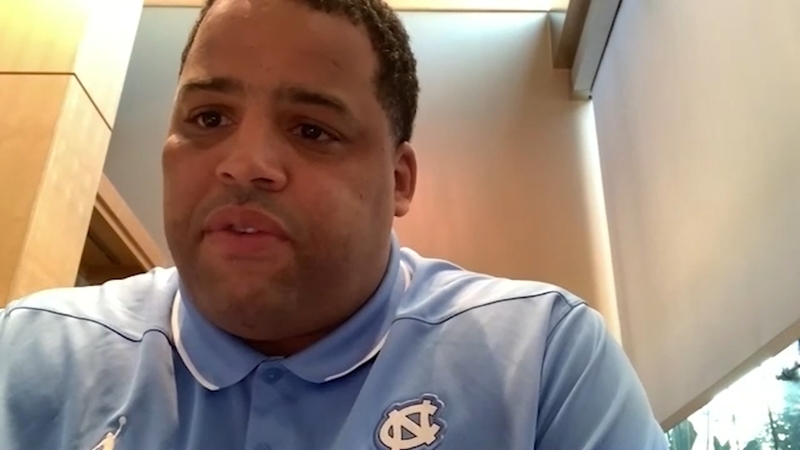 CHAPEL HILL, N.C. (WTVD) -- While the NCAA continues to grapple with the future of athlete compensation and name image and likeness (NIL) rights, on Tuesday, the University of North Carolina-Chapel Hill unveiled a first-in-the-nation partnership aimed at helping some of its former athletes realize a few of the fruits of their labor.

For Haynes, the founder and CEO of BRANDR, UNC was a no-brainer as their first partnership.

"They're going to be kind of the poster child for the college universe. (Director of Athletics) Bubba (Cunningham) kept talking about wanting to get the Carolina family back together and that this gave them an opportunity to do that." Haynes told ABC11.

It's a simple proposition really -- harnessing the enduring market power of Tar Heel greats of the past, as a group. To start, it's the storied men's basketball and women's soccer programs. Sean May and Heather O'Reilly took the initiative to both present the idea and get their fellow alumni to sign on.

"We're about our family, and we want everyone to be included. One of the guys I reached out to was John Holmes, who played with me from Bloomington, Indiana," May said Tuesday. "He was a senior when I was a freshman. He was like 'man, why do I need to be a part of this?' and I said because everyone needs to be a part of it. It's about all of us together."

"It's nothing that I think will be earth-shattering at the start, but I think it's one of these ideas where when Bubba brought it to us, and we really started thinking about it, you said why hasn't this been done?" Haynes said.

It's being done now with UNC as the tip of the spear. Haynes, who has years of experience in these matters with the NFL and NBA, thinks the college market is ripe and there's one difference he thinks will matter: Nostalgia is so much stronger in college than in the pros.

"The players pick the school that they go to in college. They don't get to pick the pro team that they play for. They picked UNC and they picked being Tar Heels," Haynes said.

BLENDR will serve as the sifter through which potential licensing partners will be sorted. North Carolina may have as many as 100 different licensees eventually, but it is targeting some of the big fish right out of the gate. Companies such as Nike, Coca-Cola and other usual suspects.
Report a correction or typo
Related topics:
sportschapel hillmoneyncaaathletesuncschool athleticsunc tar heelsunc tar heels
Copyright © 2021 WTVD-TV. All Rights Reserved.
More Videos
From CNN Newsource affiliates
TOP STORIES