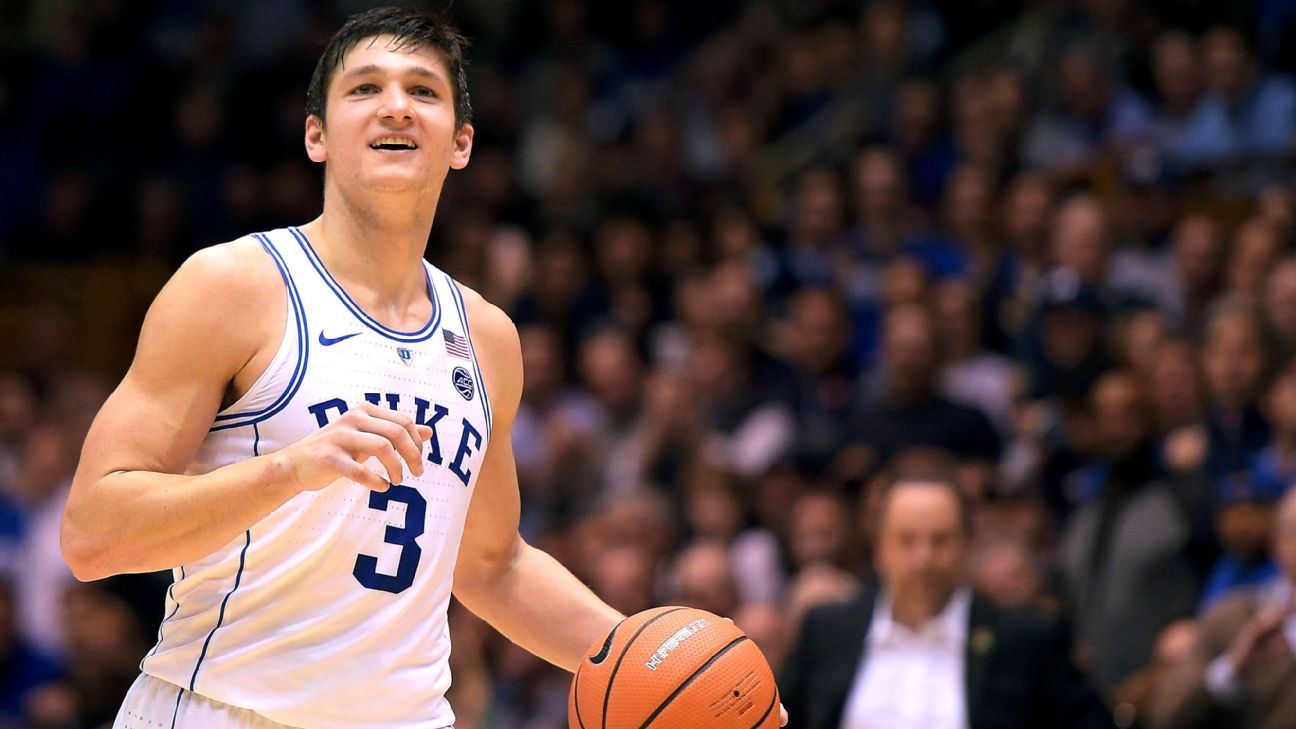 Grayson Allen became the first senior plucked from the NBA's draft board Thursday night when theUtah Jazzselected the Duke guard with the 21st pick.

While being interviewed on ESPN's broadcast, Allen was congratulated and hugged by Jazz point guardDonovan Mitchell. Mitchell, who played at Louisville and led the Jazz in scoring as a rookie, and Allen opposed each other four times in college. Allen outscored him in all four games.

"We had had a bunch of good battles against each other when he was at Louisville. He's a great competitor, so it was always fun going up against each other, and I'm excited to be on the same team now," Allen told ESPN.

Allen said there was a time he thought of not attending the draft at Brooklyn's Barclays Center. Then he reconsidered.

"I just felt like it was a moment that I couldn't miss, you know, walking up on stage and shaking the commissioner's hand and then putting this hat on," he said. "I've been watching the draft since I was a child, so I'm just really happy I made the choice to come."

Allen will play for Jazz coach Quin Snyder, who also played for Mike Krzyzewski at Duke.

Thursday marked the third time in the past four drafts that Duke has produced three first-round picks (Marvin Bagley III, Wendell Carter Jr. and Allen). Before this stretch, the school hadn't done so since 1999 when it had four (Elton Brand, Trajan Langdon, Corey Maggette and William Avery).

Allen, a 6-foot-5 shooter, played in 142 games and made 97 starts in four seasons with the Blue Devils. He scored 1,996 career points, ranking 12th on Duke's career scoring list. The 22-year-old rookie is one of just five players in Duke history to tally at least 1,900 points, 400 rebounds and 400 assists during his career.

With Allen, the Jazz add a player who can play both guard positions and who gives them another shooter on the wing. Bolstering outside shooting is an offseason priority for Utah.

Allen can also defend multiple positions, which makes him a good fit with one of the NBA's top defensive teams.

"I watch the Jazz play a lot, they move the ball very well," he said. "Donovan obviously had a great rookie year, so I'm excited. I know I'm going to learn a lot from him and his short experience from one year, and from coach Snyder, and I'm just really happy."

Allen's four years at Duke will be remembered as much for his contributions as a player as for his on-court antics,because at times he drew accusations of dirty play as a defender.

After being largely a rotation player for the Blue Devils in his freshman season, Allen scored 16 points off the bench in the national championship game to help lead Duke to its most recent title at the end of the 2014-15 season.

He followed up his title game breakout with a sophomore season that earned him All-American honors. Allen's numbers trailed off his final two seasons, and he is coming off a senior campaign in which he averaged 15.5 points, 4.6 assists and 3.3 rebounds for a Blue Devils squad that reached the Elite Eight.

As he became a Duke fixture and the constant on the team amid several one-and-done players, allegations of Allen being a dirty player gained attention.

He was accused of tripping three different players between his sophomore and junior seasons. Allen was publicly reprimanded by the ACC for two tripping incidents in his sophomore season. After another incident his junior year, Allen was given an indefinite suspension by Krzyzewski that ultimately lasted one game and was stripped of his captaincy.

Another notable altercation involved Mitchell. Allen got hit in the face by Mitchell during a game between Duke and Louisville in January 2017. But neither appeared to hold any grudges Thursday.

"It's really cool when you get a warm welcome like that from the guy who was the leading scorer on your team last year right away," Allen said. "It kind of calms any nerves that you have joining a new team."

Allen is hoping he can carve out a new identity with the Jazz.

"It's a lot different watching a guy play night in and night out and giving his all than it is to see the same three clips replayed for the last three years," Allen said.

The Jazz are willing to let his past stay in the past. When Utah brought him in for a workout earlier in June, Allen left behind a positive impression as an intelligent player who matured and learned from his mistakes.

They like his toughness and his approach to the game.

Utah also traded second-round pick Vincent Edwards to Houston on Thursday for cash. The Jazz selected Edwards, a 6-foot-8 forward from Purdue, with the 52nd pick. Edwards was the first player in school history to tally 1,500 career points, 700 rebounds and 400 assists with the Boilermakers. 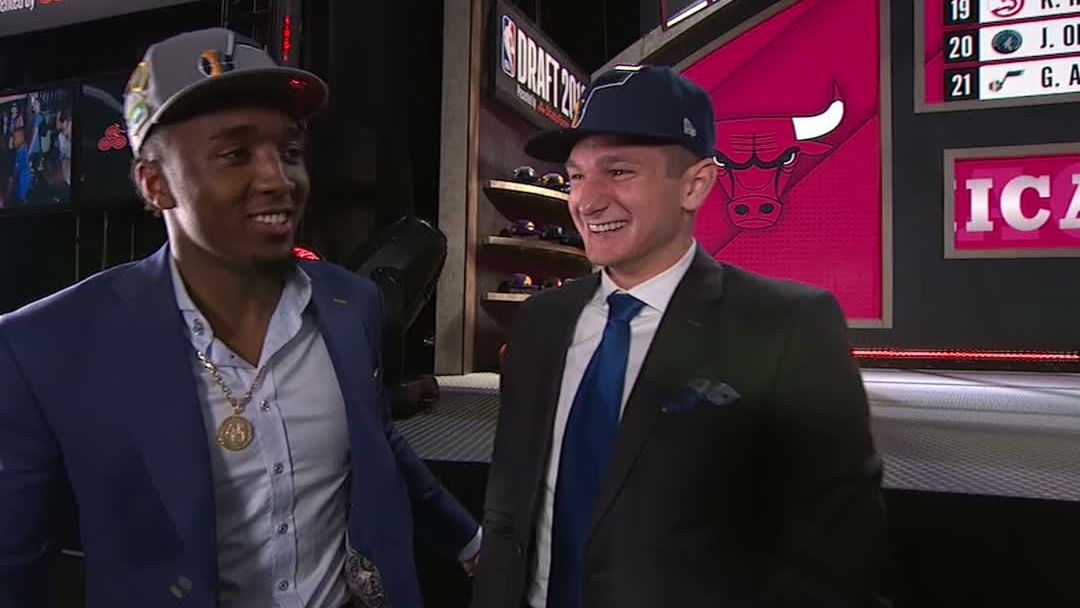