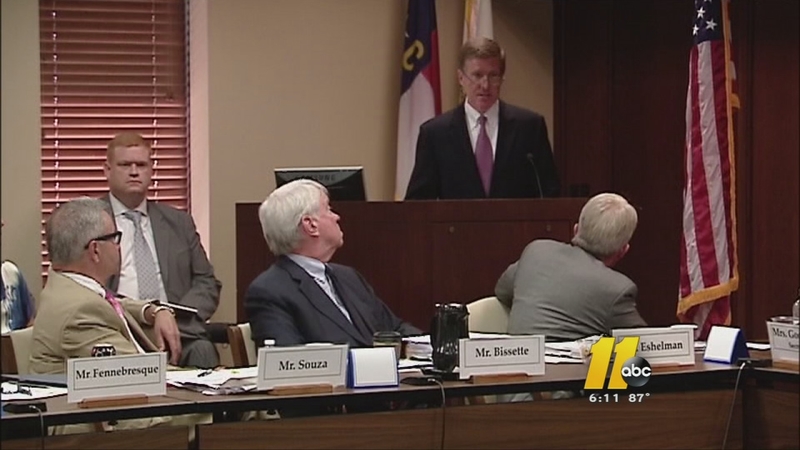 CHAPEL HILL, N.C. (WTVD) -- Ken Wainstein, the former federal prosecutor conducting an independent investigation of the academic scandal involving student athletes at UNC-Chapel Hill, briefed the UNC Board of Governors Friday on the scope of his investigation.

Wainstein said his team has interviewed 80 potential witnesses and reviewed 1.5 million emails and other electronic documents. It has also gone through thousands of student records and transcripts.

"To date, the university has been tremendously cooperative," said Wainstein.

Wainstein, a partner with the Washington, D.C., law firm of Cadwalader, Wiskersham, & Taft, did not give specifics or any factual findings - saying he would present a full written report this fall that will be made public.

"Our team is completely independent," he stressed during his remarks.

UNC President Tom Ross told the board he invited Wainstein to speak in the wake of renewed publicity about the scandal.

Earlier this month, former North Carolina basketball star Rashad McCants went back and forth with Tar Heels head coach Roy Williams during appearances on ESPN's Outside The Lines.

McCants said his tutors wrote his term papers, he rarely went to class for about half his time at UNC and he remained able to play largely because he took bogus classes designed to keep athletes academically eligible.

Several days later, Williams told ESPN that he was in "shock" and "disbelief" over the McCants allegations, saying the experiences McCants shared did not match what he knows about his players' academic efforts and records and the basketball program he oversees.

But McCants, in a second appearance on "Outside the Lines," stood by his allegations and called on all former players from 2004-05 to release their academic transcripts, which would show whether they, too, took bogus African-American studies classes.

A copy of McCants' university transcript, labeled "unofficial" and obtained by "Outside the Lines," shows that in his non-African-American studies classes, McCants received six C's, one D and three F's. In his African-American studies classes -- many of which are referred to as "paper classes" because students did not have to attend them -- his grades were 10 A's, six B's, one C and one D.

While not addressing McCants' allegations specifically, Wainstein told the Board of Governor's Friday that the "paper classes" are part of the focus of his investigation. He said his team has new access to former administrators within the African American studies program that previous school investigations were not able to speak with - including Deborah Crowder, former manager of the African and Afro-American Studies department. Wainstein said the new access comes courtesy of Orange County District Attorney Jim Woodall.

In 2013, an Orange County grand jury indicted former UNC-Chapel Hill African studies chairman Julius Nyang'oro on a charge of obtaining property by false pretenses in a case related to the UNC scandal. Woodall said Nyang'oro took $12,000 for a class he did not teach.

Wainstein said he is looking at what went into the classes, how they were designed, how they deviated from school norms, why they were created and by whom. He will determine if any school administrators were involved.

Wainstein said he will see if students actually wrote papers, if they got assistance, and if passing grades were given for no work.

He said he's looking at if the athletics department was involved and if it steered student athletes into the classes.

"We're in the thick of it," said Wainstein, pointing out that UNC administrators are not privy to the progress of his investigation in order to protect the integrity of his findings.
While his written report is expected this fall, Wainstein admitted a definite timeline is difficult to predict.

"We want to do it thoroughly and do it right," explained Wainstein to board members who remained silent when given the chance to ask questions. 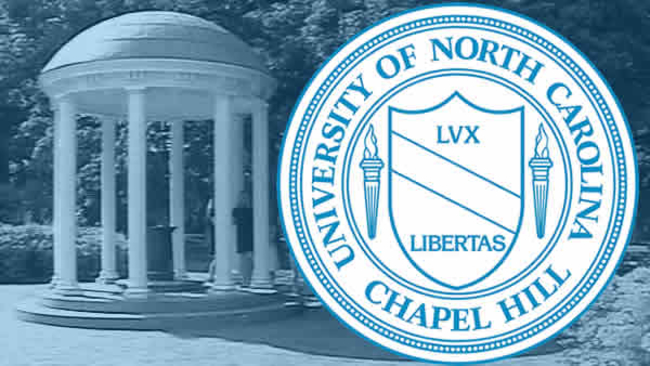