Warriors reach out to Ray Allen 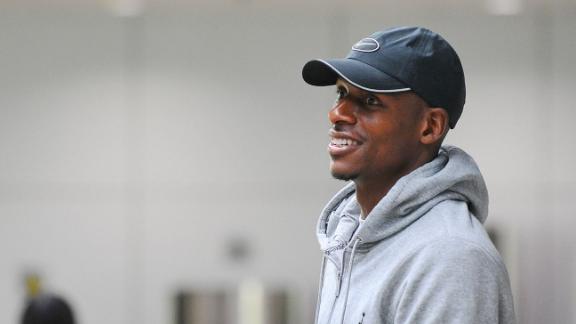 Warriors general manager Bob Myers said during an interview on 95.7 The Game that Allen's agent had been contacted to gauge his interest.

"We threw our team out there at his representation, and I think they're vetting what they want to do," Myers said. "Obviously you've got to look at a guy like that. He's a smart enough guy. He's going to look around the league to see what's best for him."

Allen's representatives told ESPN's Brian Windhorst on Friday that there is no update on Allen's status.

One issue the Warriors face in potentially adding the league's all-time leader in 3-pointers is the team doesn't appear to have many minutes available at shooting guard. They are currently well-stocked in the backcourt with Stephen Curry, Klay Thompson, Shaun Livingston, Andre Iguodala and Leandro Barbosa.

"We don't have enough minutes as it is, so it's a question of chemistry, too," Myers said.

Allen, 39, averaged 9.6 points per game last season for the Miami Heat, the lowest total of his 18-year career.

Allen isn't expected to make a decision about returning for another season until early next year. He has been linked primarily with the Cavaliers due to his relationship with LeBron James, but Cleveland's issues are more pressing on the defensive end -- not Allen's specialty.