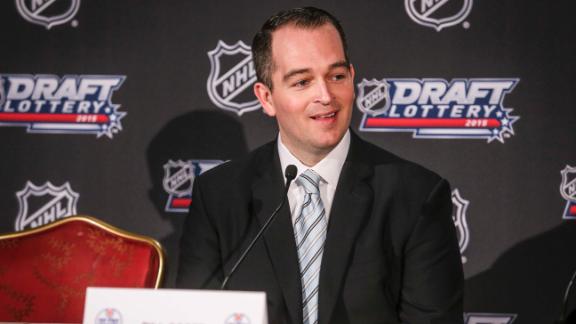 Wayne Gretzky has offered some high praise for hockey's next big thing.


The Great One, in an interview with the Edmonton Journal, said touted 18-year-old Connor McDavid is "clearly a franchise player."


McDavid is expected to be the No. 1 draft pick in June. The Edmonton Oilers earned the rights to that pick last week, bucking the odds to win the NHL draft lottery.


Oilers general manager Craig MacTavish has said there is "zero chance" the team will trade the pick. Gretzky, who played his first nine NHL seasons with the Oilers, believes McDavid and Edmonton are a good fit.


"When I was going down that path as a young player, Gordie Howe was always pulling for me, and I look at Connor the same way," Gretzky, the NHL's all-time leading scorer, told the Journal. "I hope he brings Edmonton a Stanley Cup and he breaks my records ... he's got the talent and the makeup to do it. I hope he leaves a couple for me, though. I could use that.


"I think it'll be a perfect fit for Connor in Edmonton. Not one bit is Edmonton a suffocating place to play. He'll be treated like an Edmontonian. People will give him his privacy while they're enamored by his ability. I know the Oilers have gone through a lot the last few years, but they'll be patient with him. I know it's a big step going from junior hockey to the NHL, but the Edmonton fans have been through that with [Mark] Messier and [Paul] Coffey and [Grant] Fuhr and myself."


McDavid had 44 goals and 120 points in 47 games with Erie of the Ontario Hockey League this season.


The Oilers could use the goal-scoring help. They finished 26th in the league in goals this season and 24th in 2013-14.


Information from The Associated Press was used in this report.