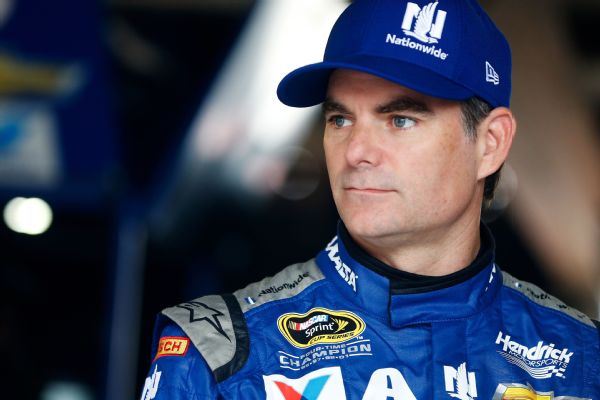 DAYTONA BEACH, Fla. -- Ricky Taylor used a gutsy move to fiercely grab a victory that had seemingly slipped out of reach in the Rolex 24 at Daytona.

The Wayne Taylor Racing team was among the most dominant in the twice-round-the-clock endurance race but found itself trailing Action Express in the final hour in a battle of brand new Cadillacs. His shot at the celebrated victory was down to one final attempt at a pass of Filipe Albuquerque, and Taylor dove inside of him entering Turn 1 of the road course.

Taylor seemed to have the inside lane, but it wasn't clear if he could complete the pass. Contact between the two cars sent Albuquerque spinning, and IMSA reviewed the action to see if Taylor warranted a penalty.

No penalty was issued after the review, and the Taylor team won its first Rolex since 2005 -- when team owner Wayne Taylor was still a driver. It marks the first victory for brothers Ricky and Jordan Taylor -- two of the most talented sports-car racers in America -- and longtime Taylor co-driver Max Angelelli. Their fourth driver? None other than retired NASCAR great Jeff Gordon, who won the first Rolex watch of his career. Gordon ran this race once before, in 2007, with the Taylor team.

Angelelli, who is a co-owner on the team, has insisted this is the final race of his career. He'll stay busy helping Cadillac develop its new program, which had a rousing debut and dominated the race. The manufacturer went 1-2 overall and proved to be no match for any other cars in the prototype class.

Albuquerque, of Action Express Racing, was not at all happy with the second-place finish.

"I don't think I lost the race, to be honest, because I don't race like this," he said. "He hit me in the back. You can see in the car, so I spun. He didn't even wait for me. He just took off.

"So if the officials don't agree that it's a penalty, OK, that it can be a fair play by Wayne for the fight. But it didn't happen, so it's what it is."

He wasn't sure if Action Express would protest.

"I don't agree with this, with the decision, because it was clearly on the back," he said. "He was on a clean move. I think everyone saw that. Everyone knows that. I think the public knows a lot and the fans they saw it. ... Let's wait for them."

It wasn't the only questionable moment of an intense final hour that saw two classes engage in door-to-door battles for the win.

Albuquerque was the leader on a restart with 56 minutes to go, but lapped cars separated him from Ricky Taylor before the flag. Mike Conway, in an Action Express sister Cadillac that was 20 laps down, appeared to block Ricky Taylor on the restart to allow Albuquerque to build a strong lead.

Ricky Taylor got a chance to pass him with about 15 minutes ago, and he was as fearless the first time as he was on the race-winning pass. Taylor again dipped inside and tried to force a drag race, and the two Cadillacs bounced off each other before Albuquerque surged ahead. Taylor had to frantically work to close the gap and didn't get his next chance at the win until there was just under seven minutes remaining.

His father watched from a monitor in the pits and threw his hands over his face when the cars collided and Albuquerque spun.

"I knew it was going to stick. It was a really good move by Ricky," Wayne Taylor said. "Thank the officials also from IMSA for calling it the way they did because you could have called it either way. Clearly, Ricky was quicker and getting held up like that at the end was not a nice way to end.

"At the end of the day, we're happy because Ricky was quicker all the time. He made a silly move, but we knew were going to win this race."

Gordon didn't carry a very significant part of the load in victory. He drove twice for a total of three stints, his last one at night in a heavy rain that he's not accustomed to managing. With so much poor weather into daybreak, the team left most of the heavy lifting to the Taylor brothers.

Still, it's a coveted Rolex watch for Gordon in a trophy collection that includes four NASCAR championships and three Daytona 500s.

"I haven't been this emotional for a win and an experience like this for a very long time," Gordon said. "The reason is because I know what this means to this team, Wayne, these kids, Max. Oh my gosh. This is amazing -- Daytona has always been special, but this one sent me over the top. I'm just blown away right now."