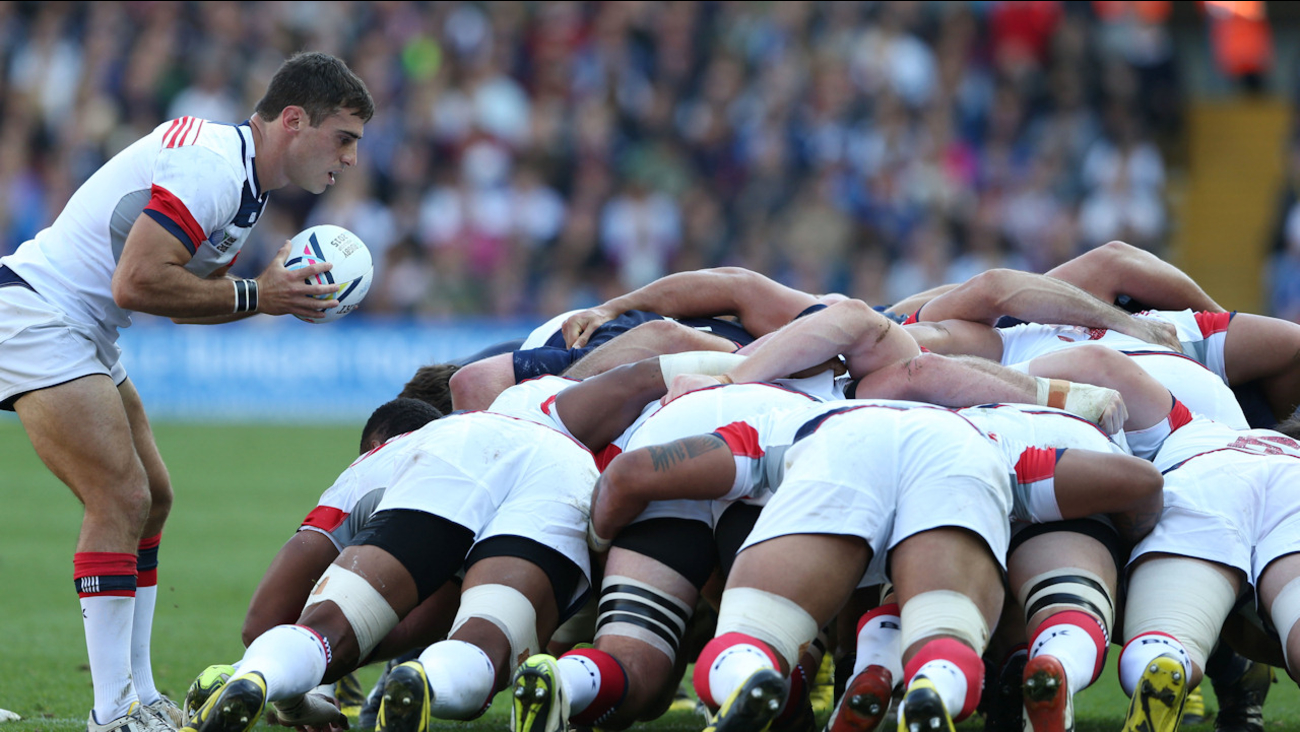 Mike Petri of the USA waits to throw the ball into a scrum during their Rugby World Cup Pool B match between Scotland and USA in England on Sept. 27. (AP Photo/Scott Heppell)

When you hear the phrase "all-American athlete," you might not think of rugby players, but that might soon change, as the sport's popularity is on the rise across the country. The 2015 Rugby World Cup is in group play right now, and Team USA's Eagles are chasing dreams of a title.

Here are five reasons now is the perfect time to get into the sport and get behind USA Rugby as they take on South Africa's Springboks Wednesday:

If you already love football...

You have rugby to thank for that pastime. Not only are the rules similar, but the histories of the two sports in the U.S. are intertwined, The Guardian explains. In fact, the first college football game in American history was so similar to rugby that the two teams played a follow-up game the next day with "orthodox" rules.

The kids are into rugby

According to the Sports & Fitness Industry Association, participation in rugby grew by 81 percent from 2008-2013. The next year alone, rugby grew by 10.7 percent, adding 79,000 new players. It's big at the collegiate level, too: There are more than 500 men's teams and 350 women's teams around the country.

"Now you're seeing high school kids who have been playing for eight years, and by the time they get done with university, their understanding of the game is going to be much higher than mine," said Louis Stanfill, a player for USA Rugby.

In a sport known for its popularity overseas, Team USA used to be proud of just playing well in international play. Not so much these days.

"From 2014 to now, we've developed a winning culture, where we understand if we want to be excellent we have to train excellent," Stanfill said. "We have to do things that normal rugby players wouldn't do, and that has now become a constant."

They're playing to stay alive

The Eagles have two games left in pool play, and they'll have to soar if they want to move on past that. They need bonus-point victories in both of their remaining matches, USA Rugby explains, as well as for Scotland to lose to Somoa, to have a chance to progress to the quarterfinals.

Root for the underdogs

The Eagles were placed in an incredibly competitive pool, and South Africa is expected to win, ESPN UK analysts say. But don't count the Eagles out, because the only thing guaranteed in this pool is some incredible rugby.