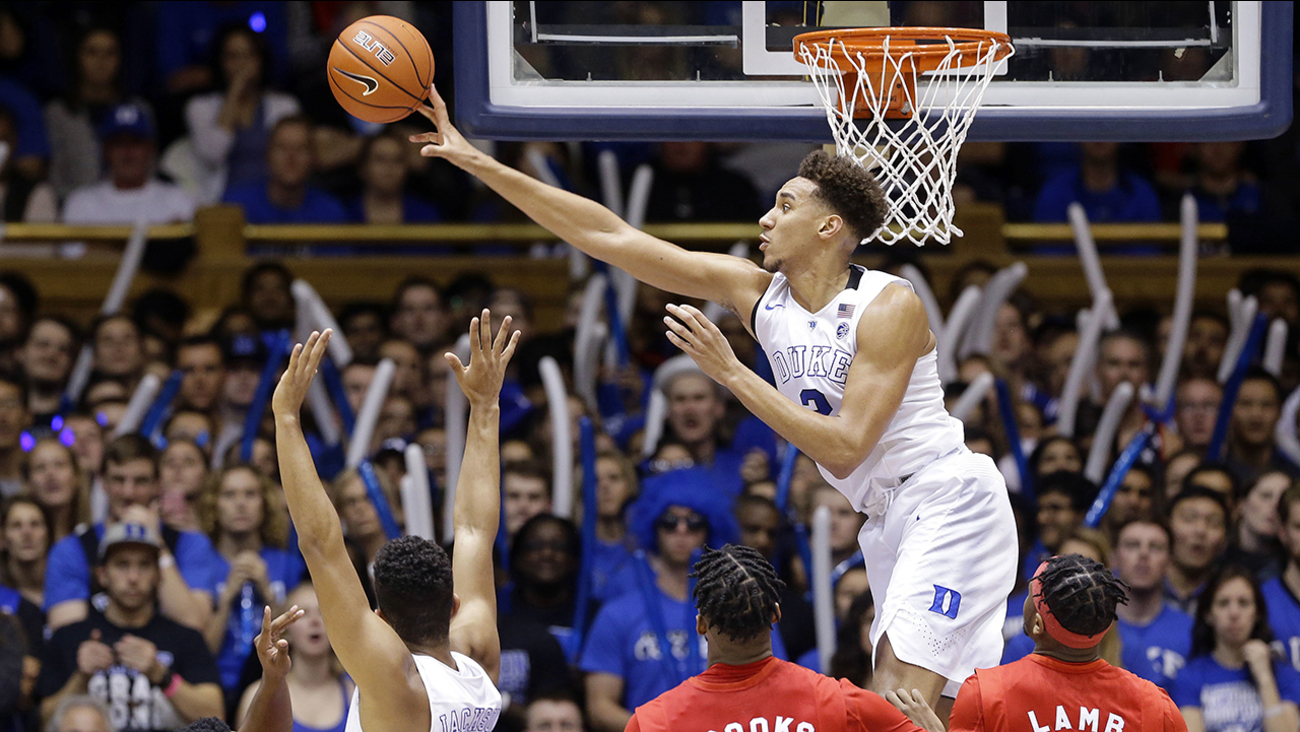 DURHAM (WTVD) -- No. 1 Duke didn't have three of its top freshmen - and still had more than enough to rout Marist.

"We're a little bit undermanned now, and nobody feels sorry for us because they think we have an excessive number of men," coach Mike Krzyzewski said. "But we just have to keep getting better."

Freshman Frank Jackson had 18 points in his debut with the Blue Devils while Luke Kennard added 16.

Duke shot 44 percent and had an easy time against the Red Foxes despite playing without three big men from a freshman class widely considered the nation's best.

Chase Jeter finished with 11 points in his first career start and Matt Jones also had 11 for Duke, which pushed its lead into double figures for good before Marist managed its first defensive stop.

Duke's Coach K on dealing with his team's nagging injuries.

Khallid Hart had 13 points to lead Marist, which was just 3 of 25 from 3-point range.

Injuries in the preseason have left the Blue Devils short in the paint: Forward Jayson Tatum missed both exhibition games after spraining his foot during a practice last month, center Marques Bolden earlier this week was declared out of both games this weekend with a leg injury, and forward Harry Giles is recovering after having his left knee scoped in October to clean up some loose bodies and scar tissue.
They didn't need them.

Duke held a 56-33 rebounding edge against an outmanned Marist team that didn't have anyone taller than 6-foot-9 on the roster.

"It speaks for the talent that we have and the confidence that we do have in the guys on the bench," Allen said. "Whoever we put out there can be a good group."

Krzyzewski says there's no time frame for the injured players' return, adding that "we're just going to shut those guys down for a while" instead of rushing them back and risking re-injury.

"I'm going to be really adamant about taking a longer time than a shorter time, no matter what," he added. Krzyzewski says Tatum may have returned to practice too soon "and that hurt him."