Called out by coach Mark Gottfried after a miserable performance two nights earlier -- and with things threatening to fall apart yet again -- the Wolfpack regrouped down the stretch and held Pittsburgh to one field goal during the final eight minutes of a 79-74 victory Tuesday night.

Maverick Rowan and Terry Henderson each scored 21 points, with Rowan's point total a season high and his six 3-pointers matching a career best, to help the Wolfpack (13-6, 2-4 Atlantic Coast Conference) rally from seven points down in the second half and snap a three-game losing streak.

NC State coach Mark Gottfried on big win against Pitt: It's not easy.

But the key of this one was the way N.C. State's defense turned things around down the stretch after Gottfried challenged them for their lack of toughness less than 48 hours earlier against the Yellow Jackets.

Pitt missed 10 of its 11 shots during the final eight minutes, including two in the final 30 seconds of what at the time was a three-point game.

Michael Young scored 25 points, Cameron Johnson had 17 and Jamel Artis finished with 16 while Sheldon Jeter had 11 rebounds for the Panthers (12-7, 1-5), who have lost four in a row to take over sole possession of last place in the ACC.

Twice in the final minute, Pitt had the ball down by three. Artis missed a 3 with about 25 seconds to play, and after a parade of free throws an N.C. State turnover gave the Panthers one last chance, but Johnson missed another 3-pointer with about 3 seconds remaining.

Omer Yurtseven finished with 12 points and a season-high 16 rebounds for the Wolfpack while fellow freshman Dennis Smith Jr. had 11 points on 4-of-13 shooting.

Pitt: In his second game wearing a mask -- though this one was a newer model that gave him an improved field of vision -- Young finally looked as close to comfortable as possible. He missed his first three shots -- giving him 13 consecutive misses over two games -- before burying a 3 from the top of the key with six minutes left in the first half, bringing some members of the Pitt bench to their feet. He finished 9 of 19 from the field with four 3s.

Being able to count on big numbers from Young despite the mask is "critical for us to really even have a chance, honestly," coach Kevin Stallings said. "Mike and Jamel have been great for us, and we need those two guys, but we can still get more out of Chris (Jones) and Sheldon."

N.C. State: That maligned defense came up big down the stretch -- and such a stand hardly seemed likely after N.C. State allowed Pitt to make 14 of its first 18 shots in the second half. But the Wolfpack locked down and got stops on 10 of the 11 possessions that followed, an impressive stretch that coincided with a switch to a zone defense.

"I didn't necessarily think our defense was that bad" early in the half, Gottfried said. "I just thought they got rolling. They made some tough ones."

In two career games against the Panthers, Rowan has made 10 of the 15 3-pointers he's attempted. That led Gottfried to quip: "I wish we could play Pitt every night for Mav."

N.C. State: The Wolfpack play host to instate rival Wake Forest on Saturday. They haven't lost to the Demon Deacons in Raleigh since 2005. 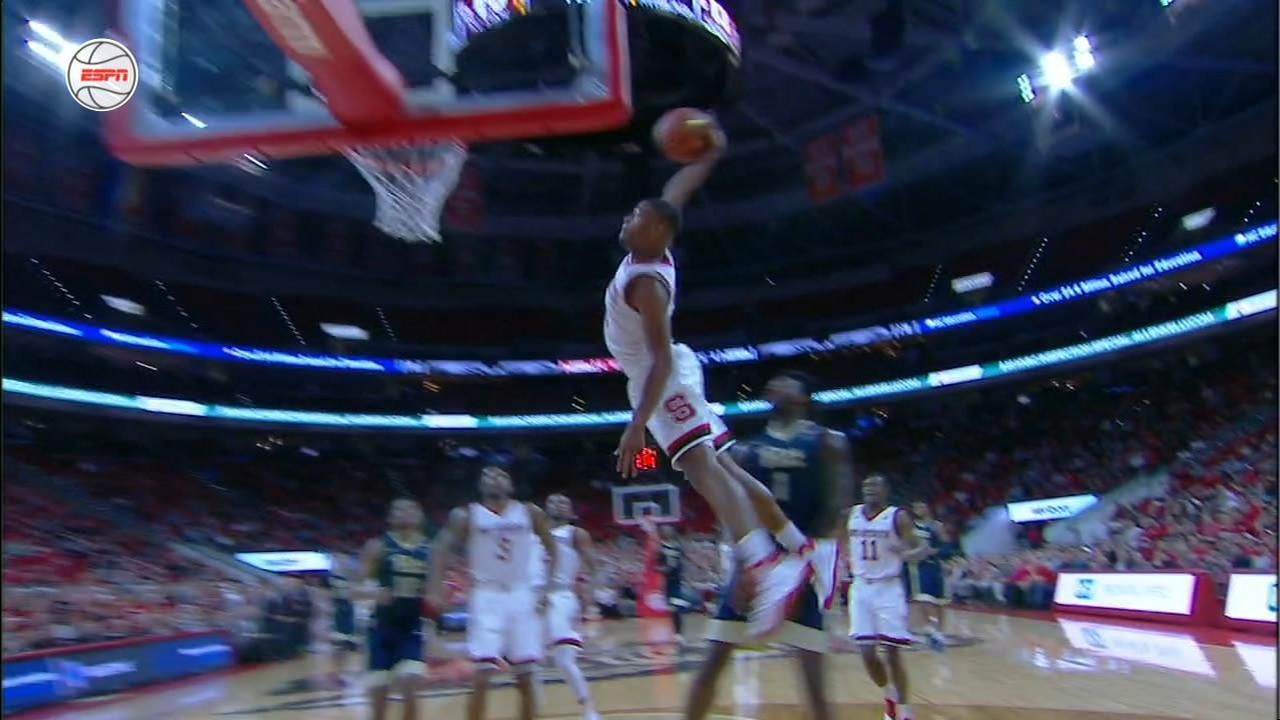