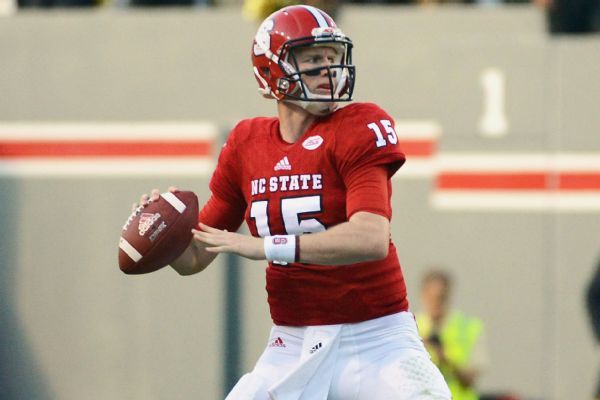 RALEIGH, N.C. -- NC State quarterback Ryan Finley says he will return for his final season of eligibility instead of entering the NFL draft.

Finley was a graduate transfer from Boise State and is fifth in school history with 6,577 yards passing in two seasons. The NCAA granted Finley an additional season of eligibility in August 2016 after Finley redshirted at Boise State in 2013 and then played in just three games for the Broncos in 2015 before suffering a season-ending injury.