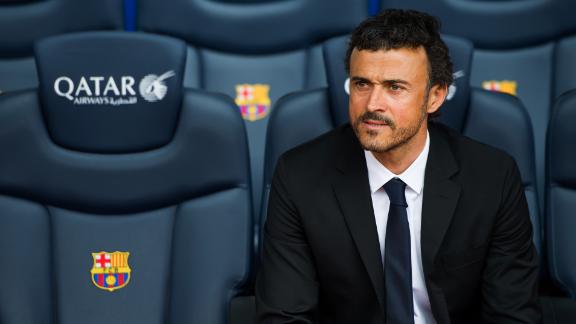 Sergio Busquets has said his Spain and Barcelona teammate Xavi Hernandez will make a decision on his future after the World Cup.

Xavi, 34, has been strongly linked with a move away from Barcelona this summer, with new coach Luis Enrique giving no hints about whether he expects to count on his former teammate for the 2014-15 campaign.

Busquets told Tuesday's post-training news conference at the Spain camp in Curitiba that his teammate did not seem affected by the speculation.

"He is the same he's always been, as at the last Euros, the last World Cup," he said. "Whatever happens after the World Cup is his decision, and he will have to decide." He also said he did not believe the World Cup would be Xavi's last as a Spain international.

Mexico international Jonathan Dos Santos, who could move to Real Sociedad as part of a mooted transfer which would bring goalkeeper Claudio Bravo to the Camp Nou, is another Barca midfielder with a decision to make.

Real Sociedad president Jokin Aperribay told Mundo Deportivo Chilean keeper Bravo is keen for the transfer to go through and the club are not planning to stand in his way, but the final details have yet to be agreed.

"In the case of Claudio Bravo, the player has shown he wants to go to Barcelona, there is an interest and we know at what point the conversation is at," he said.

"I am not going to speak about figures or the presence of Dos Santos, but there is an advanced conversation and now we must see if the last details can be resolved. We are looking for an agreement with Barcelona, because Claudio has shown his willingness to accept the offer. From there we will look for what is best for la Real."

However, Aperribay did say he could pull the plug on the deal should Dos Santos, 24, not agree to be involved.

"I do not know if the operation could be closed without Dos Santos," he said. "We would have to think about it -- we have not done that yet."