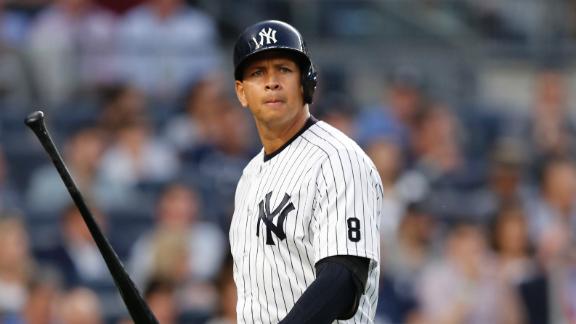 NEW YORK -- The New York Yankees have announced they will hold a news conference with Alex Rodriguez before Sunday's game against Cleveland.

In their announcement Saturday night, they Yankees did not detail the purpose of the gathering. The team said general manager Brian Cashman and manager Joe Girardi will be made available following Rodriguez's news conference.

The 41-year-old designated hitter has just one start and seven at-bats since July 22 as the Yankees turn toward a youth movement. He is stuck at 696 career home runs.