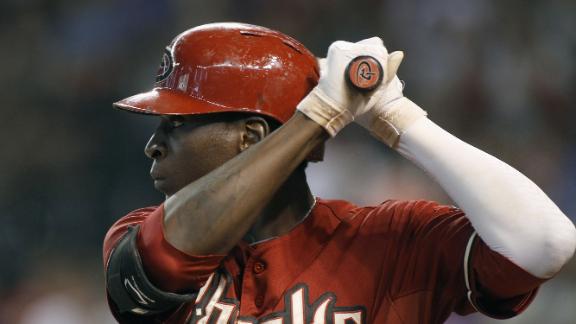 For the all-time trivia question of who was the man to replace Derek Jeter as the New York Yankees' shortstop, the answer may very well be 24-year-old Didi Gregorius.

The Yankees on Friday announced that they have acquired Gregorius from the Diamondbacks in a three-team trade that also involves the Tigers. Right-handed pitcher Shane Greene was traded from the Yankees to Detroit, while Arizona received left-hander Robbie Ray and minor league infielder Domingo Leyba from the Tigers.

"He's a hitter who struggles against left-handed pitching," Cashman said of Gregorius. "We believe he hits right-handed pitching and so, at the very least, we expect him to be utilized in probably a split platoon with Brendan Ryan until he separates himself. The high-end projections are we think there is more in the tank as he develops."

Cashman said he doesn't look at it as Gregorius replacing Jeter.

"He was one in a billion, in terms of Derek Jeter," Cashman said. "He is not replacing Derek. He is just now going to come in here and compete to hold down that position at shortstop."

Gregorius, who is from the Netherlands, is known as a good defender, but there are questions if he will be able to hit consistently enough in the big leagues. In 191 games, he is a .243 career hitter.

Cashman said he has had more trade talks to this point than in other winters and that teams are "definitely willing to take more risks in the trade market than they have in the past."

The Yankees liked Greene's potential; especially with the uncertainty with many of their starters. Masahiro Tanaka (elbow), CC Sabathia (knee), Ivan Nova (elbow) and Michael Pineda are the Yankees' top four starters right now. Cashman said Tanaka's rehab is over and he is set to go for spring training, as is Sabathia. Nova, after Tommy John surgery, will not be available until May at the earliest.

The team could re-sign Brandon McCarthy, Hiroki Kuroda or Chris Capuano to fill out the staff. It could also make a run at Max Scherzer.

"This offseason, I feel like we have a lot more areas to address," Cashman said. "That means I am open to a lot more ways to solve the problems and improve the club."