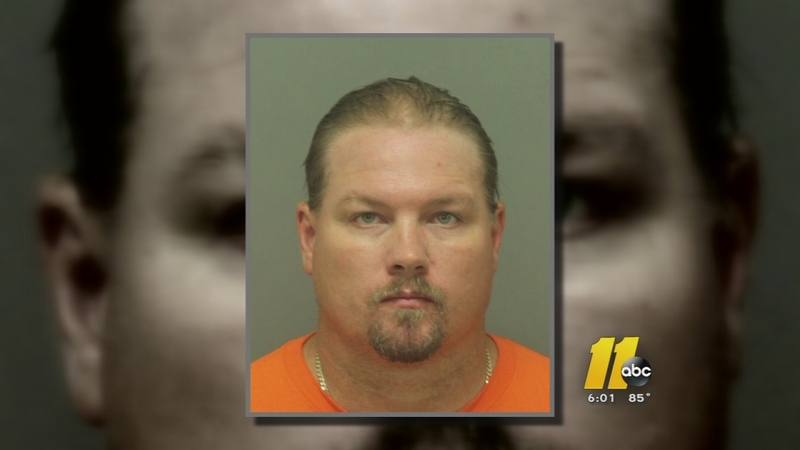 Man shot during standoff with police

At around 8:30 p.m. Wake Forest police responded to a domestic disturbance call in the 1100 block of Chamberwell Avenue.

The fear and desperation in the wife and mother's voice during that 911 call was evident.

"He's not gonna go easily," said Crystal Rushton, "I don't know, you may have to tase him or something."

Rushton told police her husband, 38-year-old Alan Joseph Rushton, cornered her in the closet and slammed her face into the door frame.

Listen: Wife calls 911 before the standoff:
Warning: Some may find this call disturbing

The 911 call also reveals Alan Rushton wouldn't give his wife the keys to a vehicle and he took her bank card.

Police tried to talk to Alan Rushton, who fled to the second floor. Officers tried again to talk to him but he pulled out a large kitchen knife.

He barricaded himself in an upstairs bedroom after police told him to drop the weapon, according to police.

Police established a perimeter around the house and called the Tactical Service Unit along with crisis negotiators. For about two hours the negotiators tried to get Rushton to surrender.

After he repeatedly refused, TSU attempted to safely take him into custody. Authorities said he charged the officers with the knife and was shot.

The response by officers and crisis negotiators got the attention of neighbors like Kevin Jewell and his family.

"The road was just filled with tons of cop cars, and eventually a SWAT team showed up. They brought in a dog with them." Jewell told Eyewitness News.

Jewell and another neighbor, Yahyah Qalandri, said it wasn't the first time police got involved in a disturbance linked to the Rushton home.

"I came home and I see all these police cars, up and down the street," said Qalandri. "I'm like, it must be this guy. He must have done something again."

The officer who fired was Dustin d'Hemecourt, a member of the Wake Forest police since February 2014.

"It is a tragedy any time our officers are forced to use deadly force against a citizen we are sworn to serve and protect," said Wake Forest Police Chief Jeff Leonard. "We worked extremely hard to peacefully resolve the situation in an attempt to get Mr. Rushton the help he needed. Unfortunately, by his actions, he forced the response of our Tactical Service Unit. We extend our thoughts and prayers to Mr. Rushton's family, as well as to Officer d'Hemecourt."

This was the second time in two months that Wake Forest police responded to a call at Rushton's residence. On July 21 officers responded to a domestic disturbance where Rushton also barricaded himself in a bedroom, but he left after several hours.

The State Bureau of Investigation has been called in to follow up, per standard procedure and the officer has been placed on administrative leave with pay.

The Rushton family has a GoFundMe page online, if you'd like to help them handle the sudden, unexpected expenses.